Safaricom subscribers have woken up to a surprise from the telecommunications company as they benefited with billions in airtime due to a technical hitch at the company.

This comes barely four months after subscribers benefited from a similar hitch but the freebies were later taken back by the company. However, despite Safaricom realizing and rectifying the hitch, they ended up losing billions as subscribers had already used up some of the free airtime and data bundles.

Just like the previous ‘heist’ subscribers were sharing information about the hitch on social media to give others an opportunity to get the rare freebies. The origin of these messages is still unknown but tis time round a fewer number of subscribers benefited as it was during the wee hours of Wednesday morning.

The glitch came as a result of Safaricom’s newly introduced No Expiry bundles and airtime. The telecommunications company might have been forced to introduce this service after lawyer Adrian Kamotho moved to court to sue Kenyan telcos for denying consumers a right to their unused data.

The lawyer told the Communications and Multimedia Appeals Tribunal that as a consumer, he is hurt by the high cost of data and the frustrations caused by the arbitrary expiry of hard-earned bundles. The tribunal is yet to decide on this case.

However, as the case is still pending at the tribunal, Safaricom moved to introduce a No Expiry bundles and airtime service. The telco might have done this to avoid huge penalties if the tribunal rules in favour of lawyer Kamotho.

Safaricom moved so fast to introduce the new service that they left a room for errors. Safaricom’s subscribers were fast to realise the glitch and informed others of it. The few subscribers who happened to be awake ad online as from midnight benefited greatly from this as they are currently swimming in thousands and millions of free airtime and data bundles.

Safaricom is yet to communicate about the glitch but introduced a number that subscribers could use to talk to CEO Michael Joseph. In introducing this, the company said that wanted to let its customers know that they will now be honest about everything that pertains Safaricom.

Subscribers who were sound asleep when the ‘loot’ was taking place woke up disappointed after seeing others rich with airtime. 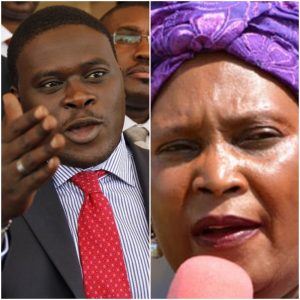