You could soon be using data bundles without having to exhaust them within a limited period of time as is the requirement by the telcos in the country.

If lawyer Adrian Kamotho wins in his case against the telcos, then consumers could witness a milestone in how they buy and spend their data.

Kamotho says that the operators are irregularly denying consumers the right to their unused data bundles.

The lawyer has told the Communications and Multimedia Appeals Tribunal that as a consumer, he is hurt by the high cost of data and the frustrations caused by the arbitrary expiry of hard-earned bundles.

The companies, according to Kamotho, should also stop depriving consumers their unused data based on the data expiry model which he says is discriminatory.

In his filing, the litigator accuses the telcos of discriminating against consumers by charging “out of bundle” rates. This, according to the complainant, are different from normal bundle rates.

Kamotho is arguing for the non-expiry of the data bundles as long as they are active on their networks.

“Data bundles should not have an expiry date until used up‚ as long as the SIM card is active and the consumer keeps recharging,” he said quoted by the daily.

He argues that the expiration of data disadvantages the poor majority who can only afford small amounts at a time. Kamotho opines that the system favours those with a higher purchasing power since they can buy big bundles which ironically have longer lifetimes.

In Kamotho’s arguments, it is irrational for the telcos to give time limitations on data bundles given the unreliability of network coverage in the country.

Due to this skewed imposition of data expiry by the telcos, Kamotho has written to the Communications Authority of Kenya (CA) for a clarification on the rationale. He accuses CA of failing to cushion consumers by providing a roll-over option of unused data.

Kamotho adds that this limitation is slowing down data consumption in the country which in turn affects how fast the country digitises.

He adds that CA is mandated to protect ICT consumers from unfair, unreasonable, and improper business practices.

The lawyer, according to the daily, said the data expiry model is not anchored in law arguing that consumers have a right to accurate and understandable bills.

In the event of a breach of contract, Kamotho adds that a customer should get prompt redress and with the CA protecting consumers from unfair trade practices.

Ghana has become a pioneer in banning the expiry of data bundles.

In a letter dated October 9, the country’s Ministry of Communication directed all telcos in the country to stop expiring consumers’ voice and data bundles.

“All unused data and voice bundles purchased by subscribers that has not been used must not expire and must be rolled over with the next recharge,” the notice read.

Already, AirtelTigo offers data bundles that do not expire and the new directive will hit MTN hard since it is the largest mobile operator in Ghana with a market share of 46.8%.

In addition, the telcos have been ordered to cease the instant deduction of the Communications Service Tax (CST) which will make communications cheaper. 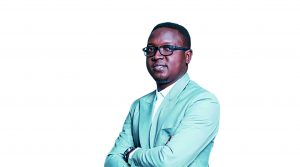