Keya Premier League side Wazito FC are having a rough time in the top tier Kenyan league as they are yet to discover their mojo.

The recently promoted team has not really enjoyed its grace period at the KPL as they have only managed to win one out of six matches. The search for winning momentum has forced the club to engage in a game of musical chairs on its management as the owner is demanding results.

Head coach Fred Ambani and Technical Director Stanley Okumbi were both shown the door by Wazito FC chairman Ricardo Badoer. This was a move to get he team on their feet and work to get the team where it ought to be. Badoer also warned that any he will cut off any other person who is not willing to work.

“There is no need to explain this decision [to sack technical bench members] and within a day or two, our new head coach will be presented. Saying all that I need also to remind Wazito FC players to step up and bring their A-game back or else they will also be kicked out,” he tweeted.

However, Wazito’s misfortunes can not be directly blamed on the management as the team thrived in the National Super League last season under the same management. Wazito FC made drastic changes in the team after it earned promotion back to the premier league.

The moneyed Wazito were looking to make a name out of themselves in the KPL. They invested a lot in order to make a statement in the first season back to the top tier league. There was a complete squad overhaul as the team went for KPL’s big names that would create a revered side in the KPL.

Badoer invested heavily in new additions to a team that had already jelled and was getting good results last season. Their form has since deteriorated after they bought new players. However, it is only a matter of time before Wazito gets their mojo and the new team develops chemistry.

However, it had seemed as if Wazito FC management did not have good chemistry in happenings leading to the sacking of Ambani and Okumbi.

Sources further intimate that the two had disagreed on the team’s starting team for the trip to Machakos for the Kakamega game, Ambani feeling undermined by Okumbi who had been away with the Harambee Stars Under-20 team in Uganda.

According to club chairman Ricardo Badoer, Wazito has already selected a new coach who will be revealed later this week. The new coach comes into a very difficult job of putting Wazito in contention of the title. The new coach has no otherwise but to deliver in order to keep the job for long.

With the case of two heads in one institution solved, assistant coach Hamisi Mohammed will take charge on an interim basis before the club names a new boss. 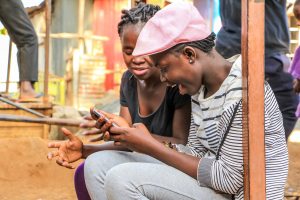 Data Bundles Expiring to be Illegal if Petition Passes
In his filing, the litigator accuses the telcos of discriminating…