The Labour Court on Wednesday suspended the appointment of former Othaya MP Mary Wambui as chairperson of the National Employment Authority (NEA) pending the hearing and determination of a case challenging her ascension to the top board seat at the jobs authority.

Justice Hellen Wasilwa gave the order following the filing of a petition by the Kenya Young Parliamentarians Association which avers that Wambui is grossly unsuitable to hold the office.

“That the 3rd respondent (Wambui) has on several occasions personally admitted that she possesses a limited educational background which for all intents and purposes makes her unqualified and unsuitable to conduct the affairs of the chairperson of National Employment Authority,” the petition reads.

Last week, Nairobi Senator Johnson Sakaja directed the association to challenge President Uhuru Kenyatta’s decision to appoint Wambui on grounds that she is not a Human Resource Management (HRM) professional and her academic background meant that many other Kenyans deserved to be appointed ahead of her.

“I have instructed my lawyers as well as those of the Young Parliamentarians Association to file a petition this morning to quash this appointment. The respondents of this suit are CS Labour, Attorney General Paul Kihara and Mary Wambui Munene, “Sakaja said in a post on his social media pages.

“There are many Kenyans who have distinguished themselves in HRM both locally and to the level of the International Labour Organisation (ILO),” added the Senator.

Sakaja’s move was triggered by public furore over President Kenyatta’s move to appoint Wambui,a 69 year old former MP to the position meant to be held by a person central to finding answers to the unemployment problem in Kenya.

Most Kenyans opined that by constantly turning to the old guard, the president was being insensitive to the plight of many young Kenyans struggling to find opportunities. 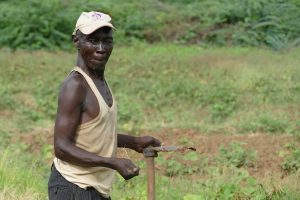 A Walk Through the Little Israel of Turkana
Turkana County, which is believed to be the cradle of…