Sakaja moves to court to have Mary Wambui’s appointment quashed

Nairobi Senator Johnson Sakaja has moved to court to challenge the appointment of Former Othaya MP Mary Wambui as chairperson of the National Employment Authority (NEA).

This comes after public uproar over the former legislator’s appointment to the position tailored to carve out employment opportunities for the many unemployed Kenyan youths.

In a statement posted on his official social media pages, Sakaja said that he has personally asked Ms Wambui to reject the appointment in favour of a younger and more qualified individual.

“I have instructed my lawyers as well as those of the Young Parliamentarians Association to file a petition this morning to quash this appointment. The respondents of this suit are CS Labour, Attorney General Paul Kihara and Mary Wambui Munene, “reads the statement.

According to the youthful legislator, the appointment of Wambui goes against the Section 10 (2) of the National Employment Authority Act which requires the appointee to have at least 7 years of Human Resource Management (HRM) or its equivalent.

“There are many Kenyans who have distinguished themselves in HRM both locally and to the level of the International Labour Organisation (ILO).

See also: Jobs authority to struggle to achieve its mandate

On Tuesday, Kenyans online protested Wambui’s appointment with many Kenyans opining that she is unqualified and too old to fill the position. 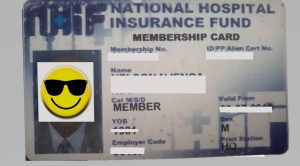