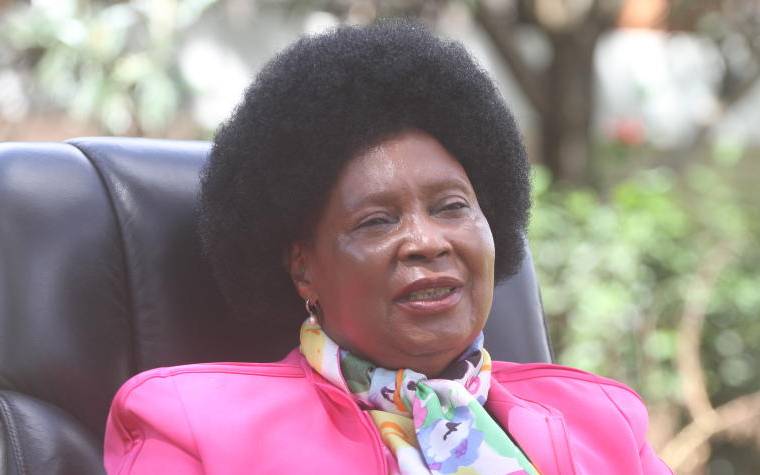 When the Kenya National Bureau of Statistics (KNBS) announced that the economy had created 840,000 jobs last year, the news was not well received on the ground, the media ran riot while most of the tarmacking youth in the country dismissed the statistic as a mockery to their fortunes.

A few months back, President Uhuru Kenyatta had been on the receiving end online with Kenyans angered by his decision to appoint former Vice President Moody Awori, 91, to chair the Sports Fund board, a body tailored to revolutionalize the administration of sports in Kenya.

Fast forward to now, the president is once more in the crosshairs of Kenyans for appointing Former Othaya MP Mary Wambui, 69, to chair the National Employment Authority (NEA), a body meant to find solutions to the unemployment crisis plaguing the country.

On Tuesday morning, Kenyans angered by the president’s latest appointment took to social media to question why political rejects keep finding themselves occupying key positions in government despite the availability of more competent Kenyans struggling to carve out opportunities.

Factor this, NEA was created in 2015 after then Nominated MP Johnson Sakaja sponsored a bill seeking the establishment of an institution mandated with keeping statistics on the unemployed to enable the government and the private sector access the information once vacancies arise.

“Once this bill becomes law, all public entities will be required to provide internship and employment opportunities,” Sakaja said at the time.

In a piece for Business Today on May 19, Samson Osero, a columnist expressed his fears that the authority would not be able to function due to a flurry of factors and would instead be a statistics custodian. The appointment of Wambui as chairperson compounds on an already dire situation.

The latest appointment represents a worrying trend where the president overlooks competent and qualified youth for the near-obsolete well-connected individuals who no longer make the cut in elective politics.

For instance, besides not being a technocrat who understands the market dynamics causing unemployment in Kenya, Wambui, who is a wife to retired President Mwai Kibaki has been named in a litany of scandals that make her even more unsuitable for such a critical office.

The cables also detailed how Wambui facilitated the entry of two Armenian Mercenaries- The Artur Brothers into the country.

Artur Margaryan and Artur Sargarsyan were brought into the country to counter an attempt by then Ethics Permanent Secretary John Githongo to expose corruption taking place at the highest levels of the Kibaki government.

The mercenaries, according to the former envoy were linked to the Ksh6.4 billion cocaine haul smuggled into the country by the Ibrahim Akasha family in 2004.

While justifying Awori’s appointment, President Kenyatta described Kenya’s youth as ‘irredeemably corrupt’ based on what he claimed was his assessment since he ascended to power in 2013.

“I have seen that I am being bashed online for appointing former VP Awori to head the Sports Fund with the popular opinion being that he is old and out of touch. From where I sit, I would rather work with that old person who is a safe pair of hands instead of the corrupt youths,”  said the President during a KCB 2jiajiri program function on December 6, 2018 “You have all seen how the youths are looting this country,”

The President was also lambasted for appointed former Nyeri MP Esther Murugi, 66, as a member of the National Lands Commission (NLC) despite the latter being worth Ksh400 million as revealed during her vetting in parliament on September 21.

Mount Kenya University (MKU) founder Prof Simon Gicharu was also reappointed as the chairman of the Rural Electrification Authority (REA) last year despite being a billionaire while more and more youth continue to struggle in a grim economy.

However, not all well-connected individuals are selfish, Baringo Senator Gideon Moi’s wife Zahra Moi rejected her appointment to the Nairobi Hospital Board (NHB)  on May 19.