The number of unemployed Kenyans is set to increase this year after companies revealed plans to have hundreds of layoffs.

This has been attributed to the high cost of production, labour and digitization.

East African Portland Cement Company (EAPCC), listed on Nairobi Security Exchange, is the latest firm that has sacked all its employees in a novel restructuring to streamline operations and save the company from more losses and stream.

EAPCC boss Stephen Nthei revealed that the company has been making losses of up to Sh8 million in a day.

The company had 448 permanent and 488 contract employees on its payroll as of last year, with the former being offered a severance package of one month’s pay for every year worked as well as a gratuity payment.  In 2016, East African Portland Cement fired 1,000 employees and reduced its staff count to 500 people as cash-flow problems set it in again.

Stanbic Bank has given a voluntary retirement package to over 200 employees in a bid to restructure its operations with the changing economic landscape.

“The voluntary early retirement is an outcome of a clear strategy, where we are looking at how to become in the business that we run. But also as digitise, and become more digital it means some functions will have to be re-organised as a result,” said Stanbic Bank Kenya Chief Executive Charles Mudiwa.

Telkom Kenya revealed plans to fire more than 500 employees in order to accommodate new structure it agreed with Airtel Networks Kenya Limited. This is after the two companies merged to combine its respective mobile, enterprise and carrier service businesses to operate under a joint venture company to be named Airtel-Telkom.

In May 2018, Nestle Kenya laid off 100 employees while Finlay Flowers in Kericho fired at least 1,700 employees the same year. Early this year, Kenya Airways fired 38 employees as part of the company’s restructuring. 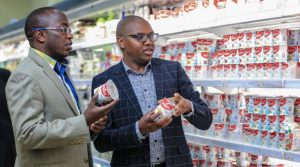