While agriculture is one of the main economic pillars in Kenya, the government has over the years ignored small-holder farmers. This is despite the sector contributing to over 60% of employment in a country that is grappling with a high rate of unemployment.

Turkana County, which is believed to be the cradle of mankind, has another side unknown to the media and other Kenyans: the struggle and determination by residents to ensure self-reliance and sustainability in matters of food security and economic growth. The region has in the past experienced severe starvation, resulting in deaths as well as malnutrition cases among children and women.

My journey to Katilu within Lokichar region starts at Lodwar, the county headquarters of Turkana. Katilu, which is about 100km from Lodwar, is home to Kenya’s oil reserves. The government has started selling this oil, fondly referred to as the black gold.

The construction of the tarmac road to link Cairo and Kenya is still incomplete, making the two-hour journey on a dusty and bumpy terrain long and tiresome. In a place characterized by extreme drought and high temperatures, we are welcomed by green leafy vegetations. This contrasts sharply with the dry thorny shrubs that dot several parts of the expansive arid land.

Welcome to Israel farm, a 50-acre parcel of land that shares a similar name with the biblical Promised Land. To the residents of Lokichar, the land has indeed been a blessing, providing them with a foodstuff such as beans, vegetables, sugarcane, and other types of fruits. They have achieved this by irrigating their farms using water from the nearby Turkwel River.

I meet Phillip Ekai, a farmer in Katilu. Sweat is trickling down his bald head onto his faded shirt, his hands tightly clutching the hoe as if his life solely depends on it as he goes about weeding indigenous vegetables.

“We are still waiting for the allotment letter for this farm,” says Ekai. “The farm belonged to an Israeli. He came here and started this project five years ago. When he left, 25 farmers came and subdivided it. Each one of us owns two acres.”

Ekai, who is aged 60, is assisted by his wife on this farm. They have been here since early morning. They know too well that this soil is not only the source of their livelihoods but hope for the future generations as well.

Perceptions on gender roles have changed drastically around this place. A decade ago, a man could not be found engaging in farming. Most of them could be seen grazing their animals which are highly esteemed by members of this community.

As much as farmers here put in their best efforts, they don’t reap enough. “ I can invest 10,000 shillings but I end up getting a loss,” Ekai says. “Agriculture is a loss, but it helps me and my family.”

A few steps from Ekai, I meet Ann Adung’. She seems weak and frail due to the nature of the task she does on the farm. Her husband together with their 6 children depend on her efforts, although at times the efforts bare no tangible fruits.

“When there is hunger, we only eat once a day,” she says. “During such time, farming comes in handy, because we plant green grams, watermelons, beans and a variety of vegetables.”

Ironically, farmers in Katilu don’t use fertilizer in planting their crops and they have been doing so for a very long time. The promised land christened ‘Israel’ got its name after the Israelite who started the project but left five years ago.

Adung’ has witnessed drought and starvation ravage her children, and that’s why she tightly holds onto the hoe to avoid a repeat. “We have buried many people in neighboring communities due to lack of food during drought,” Adung’ says.

Soil tests were carried out to determine the kind of crops that can thrive well in this region. Ekai says although he has invested heavily in the two-acre piece of land, the returns aren’t as promising. Ekai and other farmers in this region are, however, not ready to quit farming.

A few kilometers from Israel farm lies another massive irrigation project initiated and managed by the country’s agricultural board. Maize farming in the region is really doing well.

Mr Fred Simiyu, who arrived here 40 years ago from Bungoma, Western part of Kenya, has grown maize and groundnuts on his two-acre farm. He says he depends fully on agriculture in all areas of his life. He has educated his five children to high school.

“Agriculture is profitable. I own two acres and I plant maize and beans. I sell at our local market, although marketing is a problem,” Mr Simiyu says.

The Bayer Foundation, in partnership with Africare, has committed $5 million (Ksh500 million) over a five-year period to improve nutrition and access to healthy food for mothers and young children in Kenya. Africare seeks to achieve improvements in nutrition and food security for households in Turkwel in Loima Sub-County and Katilu in Turkana South Sub-County through the Improved Approach to Community-Based Nutrition in Turkana (IMPACT) programme.

Findings from the study reached consensus that combining agriculture and nutrition could build resilience and have an impact on community livelihoods.

Africare, which supports agricultural projects and the fight against kwashiorkor, was established in 1970. Since its inception, the organization has funded 14 countries in Sub Saharan Africa to the tune of over one billion US dollars besides supporting over 2,500 additional projects.

the county has been sensitizing farmers on better farming methods.

The organization’s manager,  Mr Robbert L. Mallett, has even toured its Lodwar office in Kenya. The program will benefit more than 15,000 children from this region. By doing so, many children will continue with their education without the need to worry about the next meal and farmers will increase production.

A similar programme going by the name MWANZO BORA, meaning a ‘great beginning’, has also been rolled out in Tanzania. It aims at addressing dwarfism and reducing anemia in children by 20%. Among the regions that have been earmarked to gain from the program include Manyara, Morogoro, and Dodoma.

As I start the journey back to Lodwar, I am hopeful that with the boost from government and NGOs efforts to support farmers here, Turkana can experience tremendous change in years to come.

Next >> Young People Are Happier, Older Kenyans Sad, With Their Jobs 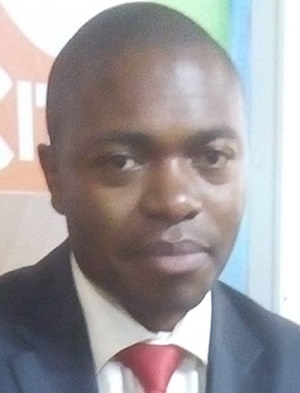 Shisia Wasilwa is a communications expert based in Nairobi and a journalist with Deutsche Welle. Email: [email protected]

Shisia Wasilwa is a communications expert based in Nairobi and a journalist with Deutsche Welle. Email: [email protected] 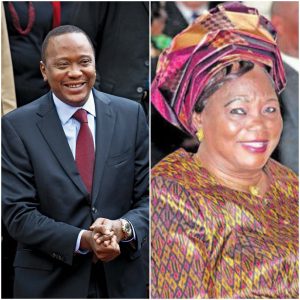