Safaricom on Friday announced the posting of a Ksh35.65 billion profit for the half-year ended September 2019, a 14.4% increase from the Ksh31.17 billion it posted at the same period the previous year.

The most profitable company in the East African region picked up from where it left when it announced that it had recorded a Ksh63.4 billion profit for the full year ended March 31 this year.

According to interim chief executive Micheal Joseph, voice calls accounted for 34.7% of the revenue, M-Pesa  33.8, mobile data 15.9%, fixed data 3.7% while other revenue streams accounted for 5.1% of the mammoth profit.

“Customer growth remained strong in the first half of this year and we have more than doubled our net additions versus last year,” said Mr. Joseph during the release of the results.

The telco’s balance sheet shows that profit before tax stood at Ksh51.7 billion up from Ksh45.63 it recorded the previous year marking a 13.3% growth.

According to Joseph, the company posted a 12.4% growth in customer numbers. At the end of the half-year, the company had 34.57 million overall customers.

Read: The Man who Brought you Senator KEG is now Safaricom CEO

The company currently contributes 6.3% to the Kenyan economy. The National Treasury has in past appreciated the importance of Safaricom to the Kenyan economy with the Central Bank of Kenya warning that a hitch to M-Pesa poses a significant threat to the country’s economy.

Group Chairman Nicholas Ng’ang’a said that the telco remitted Ksh58.5 billion in duties, taxes and licenses fees during the period under review which increased the total duties, taxes and fees paid since the company’s inception to Ksh757.36 billion.

Mr. Joseph CEO has in the past indicated that Safaricom “is not opposed” to the merger but asked the two competitors to pay up its dues first.

On Friday, Ng’ang’a also voiced support for the merger but stressed that before the merger is approved, it must meet the regulatory threshold

“The two operators owe Ksh1.2 billion that accrued after provision of various services including interconnection, co-location and fibre services. The question of frequencies allocation must also be answered,” added Mr Ng’ang’a.

MPs have also been pushing for the splitting of Safaricom’s core business and money transfer service (M-Pesa) which Ng’ang’a said needs to be handled with caution lest it might scare off investors. 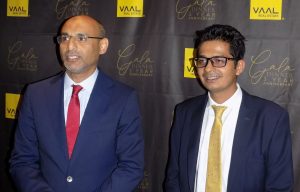