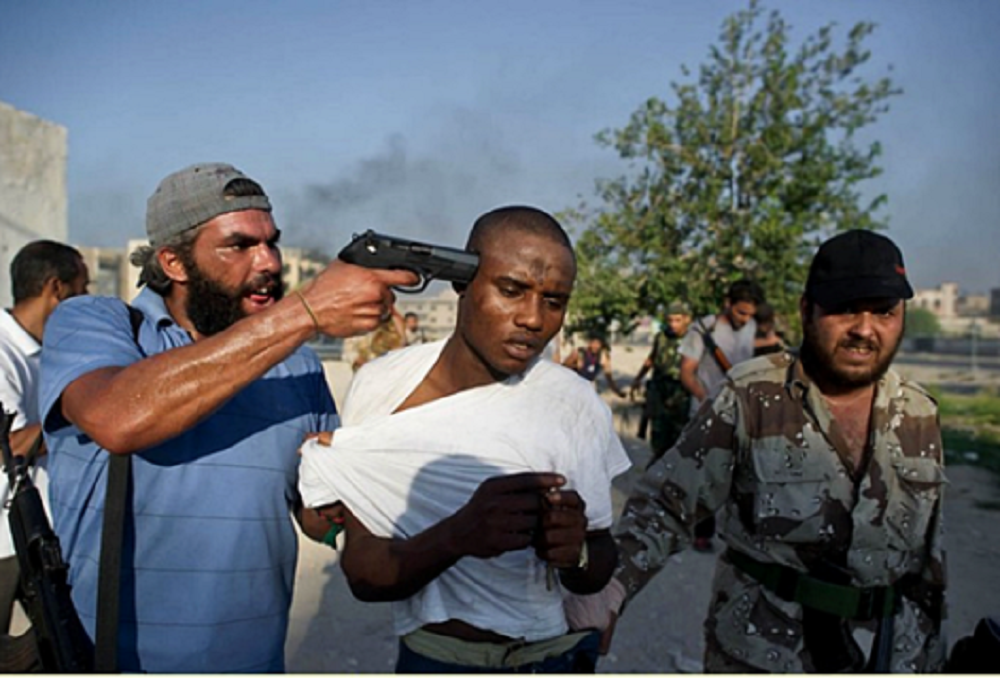 The recent events in Libya are not just disgusting but utterly dehumanising.

While Africa thinks it has made tremendous progress against black enslavement, slave trade in its most savage of forms rears its ugly head once again from its own backyard. It’s shameful. It’s retrogressive. It calls for paradigm shifts.

That in this age and time, when so much effort, time, resource and lives have been lost, invested and commensurate gains achieved in terms of human rights, slavery can happen and especially within the continent that has suffered most, is shameful and calls for deeper introspection.

The expose showing men and women, who have braved harsh conditions and are willing to risk their lives to cross Mediterranean to pursue at least a honorable life, are being traded for $400 to serve as sex and sweat slaves is the epitome of the lowest form of human scam.

This needs to be stopped pronto!

Ever since NATO invaded Libya and toppled its leader Muammar Gaddaffi, Libya has been on a free fall. Descending from one of the most developed and promising countries in Africa to a dysfunctional and completely insecure state.

Libya now poses a great threat not just to the region but to the world at large. The humanitarian crisis in Libya is unimaginable.

NATO owes not just an apology but an obligation to ensure a reset to normalcy happens in Libya. Its invasion of the northern African state is the seed that pushed Libya to degenerate into a rogue, lawless and mad state.

Of all African states, it is perplexing that Libya, once a shining light on African unity, rise and promise, has fallen into the darkest of times.

But African states are also not without blame. They have played a key role in this tragedy.

First, they failed to proactively prevent the toppling of Gadaffi.

Secondly, African states have created the environment in their home countries that have made their citizenry so desperate and hopeless to want out.

This has created a crisis of catastrophic proportions borne out of the fact that; a majority of youth who form Africa’s largest population cohort are unemployed, those trying to question the powers that be are branded unpatriotic deviants and the presence of needless civil strife, political unrest across the continent resulting in stagnating or dead economies.

Thirdly, the African continent has failed to leverage its resources, youthful population and cheap labor to its advantage.

Rather it has created crony capitalistic systems that thrive on extortion and exploitation, redacted pieces of its history to suit powers that be and sought to create and propel blind sycophancy rather than intellectualism.

In a nutshell, Africa, to paraphrase the late Nigerian writer Ken Saro-Wiwa, has killed its own sun. Thus, Africa needs to get its act together and craft its own hope, future and destiny.

The world powers, despite their direct or indirect contributions to the crisis, have given this gross humanitarian crisis a wide berth in terms of proactive engagement. They have instead dwelled on “..condemn. utterly dismayed..” and other polemics which add no value towards stopping this humanitarian crisis. Thus, its time the world woke up and faced these tough realities of dehumanisation.

This Libyan horror story needs to end. And now!