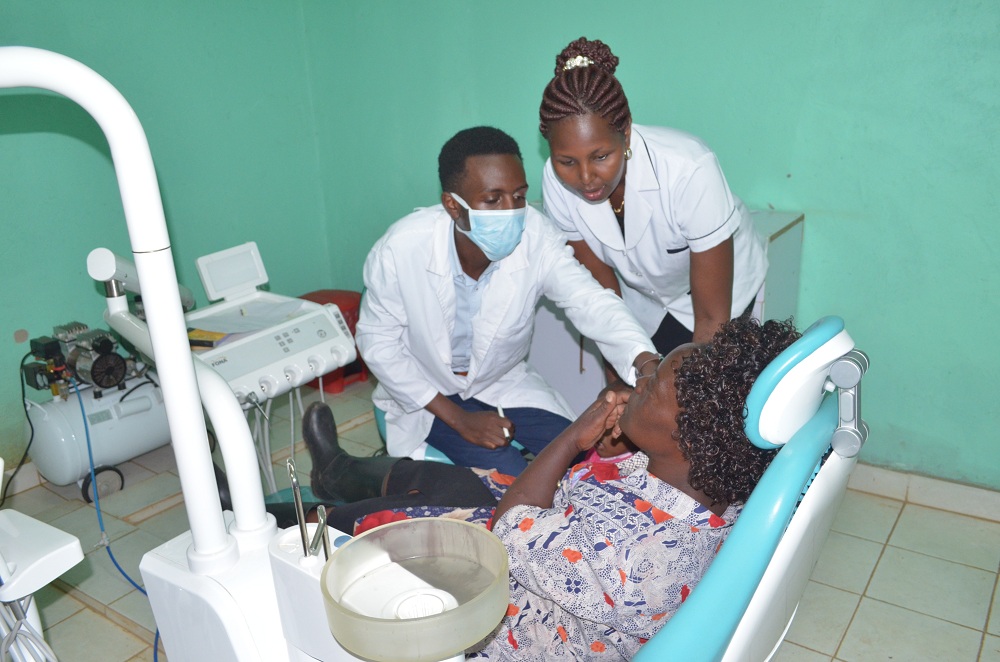 Patients from various parts of the country have been flocking Kenneth Matiba Eye and Dental Hospital in Murang’a to access free services.

The county government led by Governor Mwangiwa Iria last week announced free treatment as a way to honour the fallen champion of the second liberation, Kenneth Matiba until he is laid to rest.

On Monday, the hospital received more than 2, 000 patients seeking treatment on either eye or dental related complications.

Governor Wa Iria speaking when he visited the facility located along Nyeri-Nairobi road lauded the late Matiba for his effort in improving livelihoods of the poor during the time he served as a cabinet minister.

Wa Iria said Matiba was a selfless leader who used his resources to ensure the poor get health services.

The free treatment, he added is a way to  honour the late by giving people with eye and dental problems access services without payment.

“Murang’a county government established this facility after realising how local residents were forced to visit Nairobi and neighbouring counties seeking specialized treatment. It was a way of honour that we named the hospital after Matiba due to his contribution in development of the county,” explained Wa Iria.

He observed that in next financial year, the hospital will be expanded to handle a large number of patients from other parts of the country.

Wa Iria observed that after the sendoff ceremony of the late, the hospital may extend the free services for three or four days depending to the number of those seeking treatment.

In the meantime, the governor said Kenyans can honour Matiba by embracing democracy which he fought for.

“Matiba is among key figures who fought for democracy in this country and it’s my appeal for all leaders from political divide to embrace democracy and respect the will of people,” he noted.

Wa Iria continued: “When leaders seek for election, they should respect the person people have elected and that’s democracy which was fought for by Matiba among other leaders, and we all need to embrace it.”

He eulogised Matiba as a leader who ensured Kenya attained multiparty system in the country, saying Murang’a has lost a son who meant well to all Kenyans.

A requiem mass for the late Matiba will be held in Ihura stadium in Murang’a town on Thursday.