A child in Turkana, one of the regions affected by recent drought.

The Kenya Meteorological Department says the spatial and temporal distribution of the March to May 2019 seasonal rainfall was expected to be good over most of the western sector and generally poor over the eastern sector of the country, especially in the Arid and Semi-Arid Lands (ASALs). However, the existence of tropical cyclones and the unfavourable SSTs patterns both in the Indian and the Atlantic Oceans are likely to result in poor distribution even over the western sector of the country, acting director Stella Aura says.

In April 2019, near-normal to above-normal rainfall is expected over most parts of the country and
more so in western Kenya, central Rift Valley, Northern Kenya (Marsabit, Moyale) and the central
highlands including Nairobi. Depressed rainfall is, however, likely to occur over Northwestern Kenya.

According to Aura, the onset of the seasonal rainfall that was expected between the third and fourth week of March 2019 over several counties in South Eastern, Coast, Central Kenya and Central Rift Valley,  is, therefore, likely to delay.  However, Tropical Cyclone IDAI landed in Mozambique, developing cyclone SAVANAH thus allowing moisture influx into the country.

Aura says the expected late onset and poor distribution of the MAM 2019 seasonal rainfall are likely to
impact negatively on the agricultural sector leading to food insecurity.

Human-wildlife and inter-community conflicts over the limited resources are likely to be on the increase in these areas. Contingency plans and strategies should therefore be in place to avert such incidences

Aura adds that cases of flooding in flood prone areas such as Budalang’i and Kano areas and also
landslides/mudslides in areas such as Murang’a are still probable.

“The National Disaster Operations Centre is, therefore, advised to be on standby in order to ensure mitigation of any negative impacts that may arise,” she says.

Flash floods are still likely to occur in Western Kenya, Central Rift Valley and Central Highlands, according to Ms Aura.

Water resources for drinking, sanitation and industrial use are expected to deteriorate over most parts of the country due to the expected poor rainfall. This is more so over Northwestern, Southeastern, Northeastern and the Coastal regions. 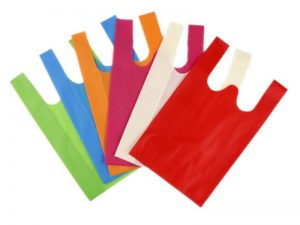 Nema bans poor quality non-woven bags
About two years after banning the use of plastics bags,…