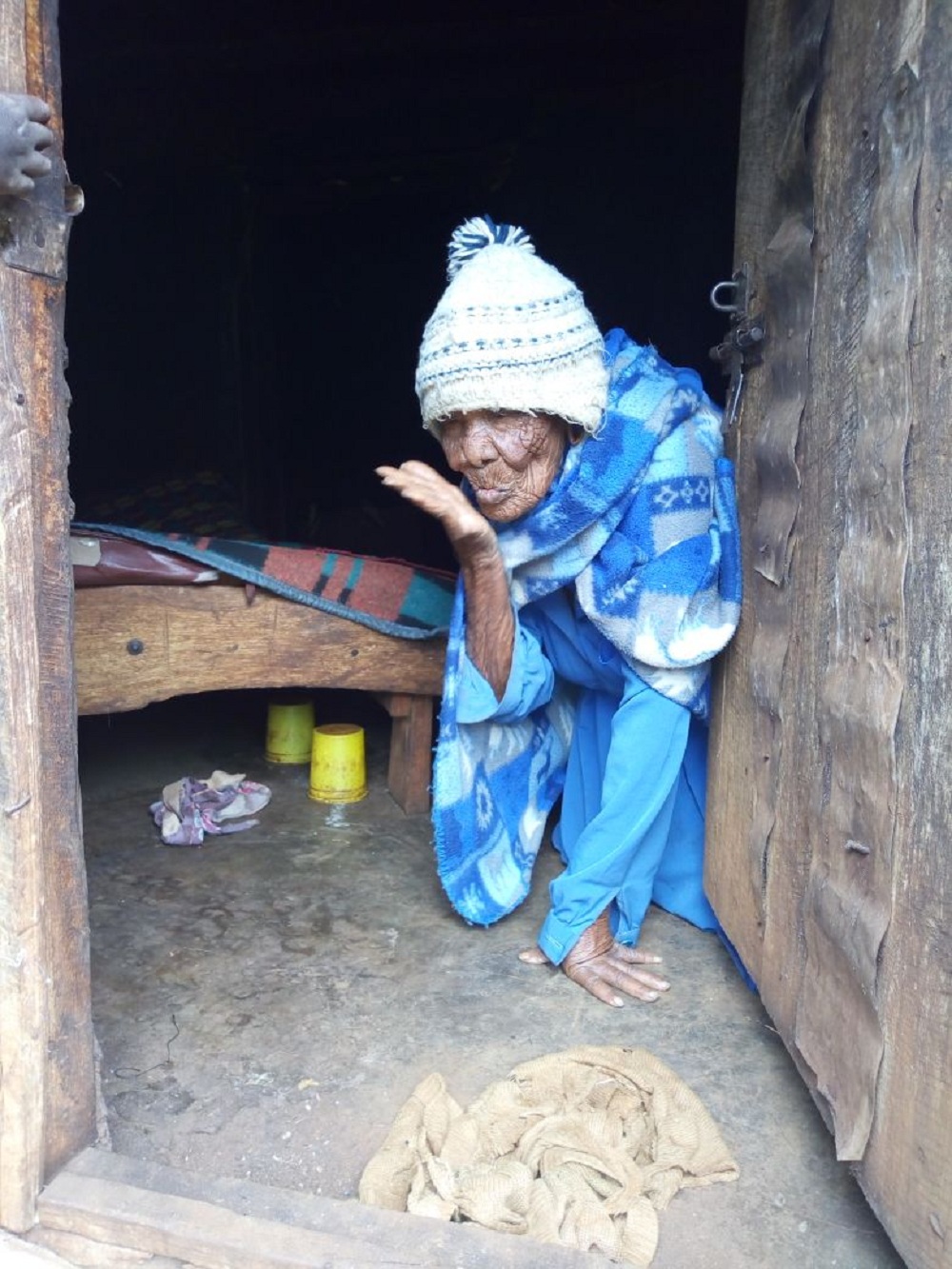 [dropcap]A [/dropcap]woman in Kericho County could be the oldest person in the world according to her family, which claims she is aged 138 years. Violet Brown of Jamaica who d**d on September 15, 2017 aged 117, holds the current record of world’s oldest woman noted in the Guinness Book of World Records.

The Bible in Genesis 23:1 tells us that Sarah, the wife of Abraham, d**d at the age of 127 years. If the family claims are true, then Sarah Chepkurui Maina who lives at Matobo village in Township location, Ainamoi Sub-county was born in 1880. History reports that this was when most of the African territory experienced occupation, division and colonization by European powers begun, a period known as the ‘Scramble for Africa’.

Speaking to KNA at her home, granny Maina’s last-born son, Marsoi, reveals that their mother believes in living in harmony with everyone and always talks to all her children to live in peace with their families in addition to seeking forgiveness to those who wrong them.

He attributes her longevity to her simple lifestyle and diet that only includes milk, tea and ‘ugali’ in addition to living alone, a trait that does not bother their mother.

“My mother wakes up at around 7am every morning and only takes a cup of tea for breakfast. She takes her dinner at 3pm, which mostly consists of milk and ugali and retires to bed at 6pm. We at times request her that she stay with someone such as having one of her grandchildren live with her but she says no, saying she prefers to stay alone,” said Marsoi.

She can no longer see but has her hearing is intact which allows her to know her children and four of her generations by their names and still commands center stage among her family as she still recalls scenes from her life.

Granny Sarah, who crawls to get around her mud-walled, iron-roofed house, has a unique way of greeting all her family members. She uses both of her hands, a trait she employs to identify strangers from family after losing her sight last year.

As we all know, when people age, there are significant changes in their muscles, joints and bones leading to weakness and slowed movement. This is the situation that faces granny Sarah everyday who relies on her children to carry her outside to quench her thirst for fresh air and sunshine.

Granny Sarah has a peculiarity, she is wary of strangers and this was evident when KNA visited her home accompanied by one of her granddaughter’s, she does not open her door to strangers and relies on her hearing to distinguish who among her many family members is knocking at her door.

Her third generation granddaughter, Briana Chepkoech, aged 23 years, revealed that this is the only way an outsider is granted attention. She adds that her generation has approximately 300 children.

“Strangers have to be accompanied by family members when they want to visit my cucu whose hearing is still intact. Her children knock at her door and when she asks who is outside, she uses her hearing to recognize who among her many children or among her family members in the four generations is at the door before she can open it,” said Chepkoech.

Through her fifth born son, Richard Kerio, Sarah discloses in her Kipsigis dialect that her husband passed on 38 years ago while two of her children d**d when they were still infants.

She has lived to see four generations of her family that may roughly be of 500 family members and continues to live with so much simplicity and wisdom that she has accumulated over the years.