Chinese Ambassador to Kenya, Wu Peng, when he toured the Kenyatta University Referral Hospital. The hospital’s success is pegged on its ability to repay the Chinese loan used for its construction and equipping. [Photo/ KUTRRH]

When the Kenyatta University Teaching, Referral & Research Hospital (KUTRRH) was conceptualised, it was a great idea whose time had come.

It would be, when fully operational, “a leading National Referral Hospital with a 650-bed capacity and equipped with state-of-art medical amenities”, according to the institution’s website.

In addition, “the hospital is well equipped to offer Oncology, Trauma & Orthopaedics, and Renal among other services”.

While this would be a welcome solution to decongesting the Kenyatta National Hospital (KNH), the largest public tertiary hospital in East Africa, KUTRRH may just become another good project but which would be killed by the greed of a few individuals in high places.

The hospital located along the Northern Bypass near Kahawa West, came into being after the Exim Bank of China agreed to fund its construction and stocking.

As has been with many multibillion projects in Kenya, China Jiangxi Corporation for International Economic and Technical Cooperation (CJIC) was awarded the tender for the construction of the hospital for Ksh10 billion or US$99 million.

The hospital which is operational according to information on its website is a “state of the art” facility with a paediatric (children) hospital and a 650-bed capacity.

KUTRRH is also equipped with 21 ICU beds, eight operating theatres, a dialysis unit, an emergency room and the latest in imaging equipment. It is also fully adapted with teaching amenities to train health personnel to address the shortage in Kenya.

Modelled to ease the pressure on KNH and also improve access to health services for Kenya’s growing population, KUTRRH is strategically located almost between the two counties of Nairobi and Kiambu.

Interestingly, these are the two most populous counties in Kenya with 4.3 million and 2.4 million people respectively.

As an alternative to the crisis-borne KNH and other regional hospitals, Prof Olive Mugenda whose Alma Maters are Iowa State University and the Eastern and Southern African Management Institute saw an opportunity and convinced the University board to go for it. As the university’s Vice-Chancellor from 2006 to 2016, Prof Mugenda was strategically placed to know best which places to invest to grow the institution.

For the 10 years she was at the helm, she managed to turnaround the university to become what it is today.

Within her illustrious career at the university, she coaxed the intense negotiations to secure funding for the University Hospital and the dream started taking shape.

Defaulting on the loan

Despite the works being completed and the hospital being a welcome addition to the country’s hard-pressed health sector, the tertiary referral and teaching hospital could not start operations due to the servicing of the loan advanced by the Chinese Institution-Exim Bank of China.

Complete and equipped with the latest medical equipment, the reality of defaulting on the loan was sinking in creating a tussle between the Chinese and the institution.

To get things going, in October last year, Parliament asked the National Treasury to allocate some Sh1.6 billion to the hospital for Exim Bank to release the undisbursed loan which would see the hospital start operating.

At the time, the Parliament’s Health Committee Chairperson Sabina Chege said her team had proposed that Treasury allocate the funds in the supplementary budget.

“This allocation should be factored in the Supplementary Budget for the National Assembly ratification. This would trigger the release of undisbursed loan of Sh1.3 billion for personnel and capacity building,” read a parliamentary report.

The parliamentary report noted that the project implementation was to take five years from 2011 at a cost of Sh8.8 billion.

With the ground getting murkier, Treasury was reportedly planning on taking over the hospital from Kenyatta University and running it as a parastatal.

In September, the hospital called for applications as it sought to staff the amenity and in October, the High Court at Milimani dismissed a petition by activist Okiya Omtatah seeking to stop the official launch of the hospital.

The ruling gave the hospital the green light to carry out its normal operations including planning its official launch.

Statements on the hospital’s website show that preparations are underway with Health CS Sicily Kariuki, touring the hospital on October 25, 2019.

The hospital said, “She was on a fact-finding mission on the operationalization journey of the hospital ahead of the planned official opening…However, the finer details of this are yet to be finalized.”

With operations now underway as the institution awaits its official opening, will this be the answer Kenyans have been seeking when it comes to good healthcare?

Read >> The Men Shortage in Kenya and Looming Women Inflation 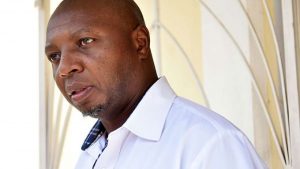