All church services are being cancelled in a number of churches. This is leading to wedding cancellations as churches suspend services over coronavirus pandemic. [Photo/ Westport House]

The natural sex ratio at birth is that for every 100 girls there are about 105 boys making it almost an equilibrium for both genders.

According to the World Health Organization (WHO), this is as good as it can get to have equal numbers of men and women in society.

The rationale is that you need a few extra boys for balance because men die earlier.

More Women in Kenya than Men

In the just-concluded Kenya Population and Housing Census 2019, numbers collected show that Kenya’s population has more women than men in almost all counties.

Out of the 47 counties in Kenya, less than 20 have populations where men are more than women. These include Mombasa, Tana River, Lamu, Taita/Taveta, Garissa, Wajir, Mandera, Marsabit, Isiolo, Turkana, Samburu, Elgeyo Marakwet, Baringo, Laikipia and Narok counties.

While the reason for these countries falling within the WHO ratio estimates is not explained, they all are largely traditional and have stuck with their cultures. Most of them, however, are remote locations which have retained their cultural practices.

But for the rest, it seems that the likelihood of a life in solitude may be unavoidable.

In countries like India and China, sex selection has tipped the scales leaving the two countries with too many men without women to marry.

For decades, many families in India used sex-selective abortions where boys were the preferred sex while in China, the “one-child” policy which was in place from 1979 to 2015 prompted couples to have boys as the sole children.

China and India are the most populated countries in the world and due to the decades-old sex selection practice, the two countries now have an estimated 80 million extra men.

The sex ratios at birth have been much higher than 105, sometimes exceeding 120 boys for every 100 girls, according to Human Rights Watch’s Heather Barr.

While the converse is the reality for most of Kenya, does this mean that the men will be a ‘most sought after commodity’ if ‘women inflation’ peaks?

Polygamy and Polyandry in Kenya

While polyandry is largely unknown or unheard of in Kenya, polygamy is a common practice which is even recognised in law.

Polyandry is polygamy for a woman who has more than one husband at the same time.

In March 2014, President Uhuru Kenyatta signed into law a bill that sought to legalise polygamy.

In a country where poverty levels are at unprecedented levels, polygamy would work to get women a man but financially it would be a struggle. Emotionally, having to share a man would be another challenge that women would have to contend with.

In the case of death or divorce, how would the wealth be split between the families? A classic case is where trade unionist Francis Atwoli who has 17 biological children had to fight off allegations that he had deserted his first wife leaving her to scrum for a livelihood despite the wealth Atwoli has.

The Federation of Women Lawyers applauded legalising polygamy saying that polygamous unions were not regarded as regular marriages.

“We are happy with the law because finally all marriages are being treated equally. All marriages will be issued with marriage certificates, including customary marriages,” said Christine Ochieng, the Federation’s executive director.

Before the signing by the president, customary marriages were a source of pain for many women since they were unable to prove they were legally married to a man.

While the numbers from the census do not show that it is a critical matter as it is in China or India, the pressure on women to marry and marry right can only get worse.

With the lack of mentorship and boys just growing up to be broken men, the challenges for our women and society at large continue increasing.

For political reasons though, men from Central Kenya have been urged to marry many wives and not for the good of the rest of Kenya. With these skewed agendas, the question remains if women can get the companionship they need or if they will just be fulfilling someone else’s political fantasy.

Read >> Kindness Likely to Win You a Spouse 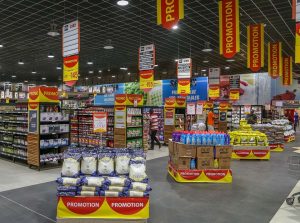 In Christmas Offer, Naivas Shoppers to Get Sh30m Refund
Kenyans weighed down by a slow economy, with a strong…