The government has suffered another blow after the High Court extended the suspension of 26 contentious sections of the controversial Computer Misuse and Cybercrimes Act, 2018 to October 1.

Lady Justice Wilfrida Okwany extended the suspension on July 3 and will rule in October on an application by the Attorney General that had sought to have the suspensions lifted until the case is heard and fully determined.

The AG’s office is contesting the suspension of the 26 sections of the controversial law that was issued on May 29 by Justice Chacha Mwita. The government’s chief legal adviser argues the suspensions were issued in a petition — filed by the Bloggers Association of Kenya (BAKE) — that was heard and determined exparte and is thus erroneous.

BAKE, however, has contested this — through their lawyer Mercy Mutemi — and in their notice of preliminary objection insisted that lifting the suspensions would be disastrous for the over 51 million internet users in Kenya.

The constitutionality of these sections therefore continues to hang in the balance as the law that was to come into effect on May 30 can still not be implemented in full.

One of the contentious sections is article 5 of the Act, which sets up a National Computer and Cybercrimes Coordination Committee whose composition has raised questions as to whether the State is seeking to stifle internet users. BAKE has also questioned the legality of the Committee as it currently cannot conform to the two-thirds gender rule.

The law has also been questioned for its apparent vagueness in defining terms such as false’, ‘panic’, ‘obscene’, ‘misleading’, and ‘fictitious data’. This is because the Act carries stiff punishments such as a Ksh5 million fine or two-year jail term for the publication of fake news and Ksh300,000 or 30 years in prison for sharing pornography electronically.

In May, President Uhuru Kenyatta had been urged not to assent to the law by among others the Committee to Protect Journalists (CPJ), an American independent press foundation.

CPJ’s Africa Coordinator Angela Quintal said, “Kenyan legislatures have passed a wide ranging bill that will criminalise free speech with journalists and bloggers likely to be the first victims if signed into law.” 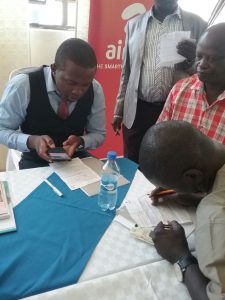