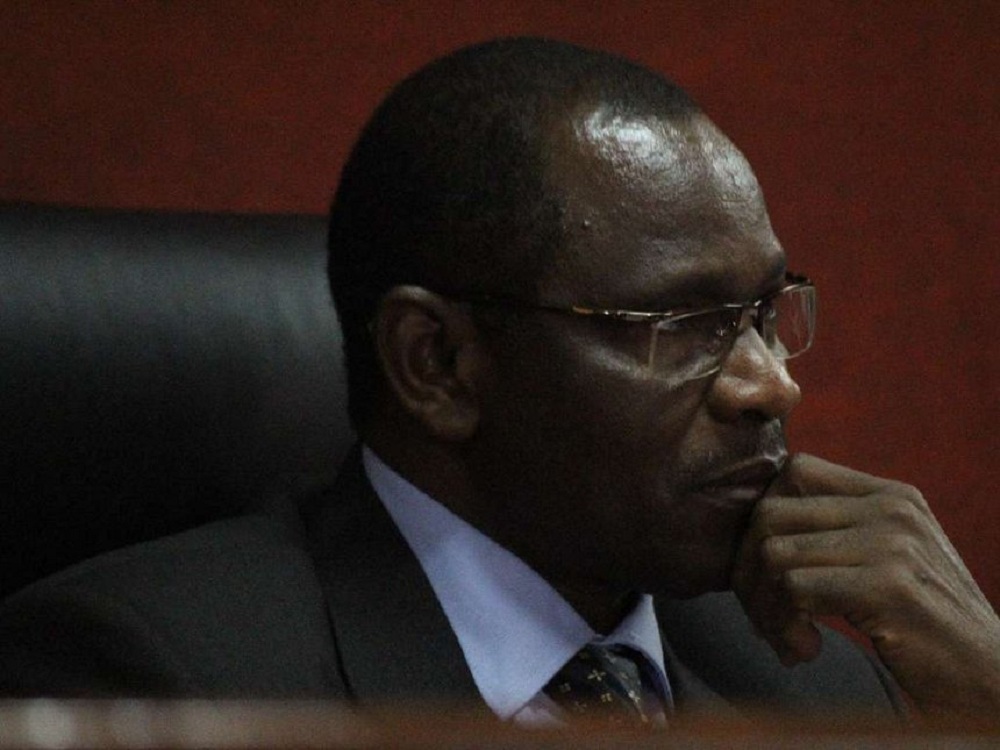 High Court Judge Chacha Mwita on Tuesday suspended the coming into force of 26 sections of the Computer Misuse and Cybercrimes Act, 2018. In a petition successfully filed by the Bloggers Association of Kenya (BAKE), the Judge granted the request by BAKE, Article 19 and the Kenya Union of Journalists (KUJ) to give conservatory orders as the Act comes into effect tomorrow, 30th May 2018 and would have dire consequences on freedom of expression, freedom of the media and freedom of information.

The move came as Capital FM Kisii reporter Rose Onchari was ordered to record a statement at the Ogembo CID offices for reporting the incident in which while Machakos Governor Dr Alfred Mutua and Kisii Deputy Governor Joash Maangi were taking a selfie, the bridge they were standing on collapsed, albeit they were not injured. This incident unfortunately and gravely brings to light the reality that some powerful individuals cannot wait to use criminal defamation to curtail freedoms.

“I am satisfied that the issues raised affect the Constitution and fundamental rights and freedoms. I therefore grant the conservatory orders sought”, the Judge ruled. The case will resume on 18th July 2018.

James Wamathai, the Director of Partnerships at BAKE, noted that the decision is timely, appropriate and important in protecting freedoms. “In the past several years, there have been attempts by the government to clamp down on the freedom of expression online. This Act is a testament of these efforts, especially after other sections were declared unconstitutional by the courts.

He adds that the Act will seek to reintroduce the purged sections of the law while imposing even more restrictions on the freedom of expression. It is evident that Act will deny online users their right to participate in economic opportunities.

In its petition, BAKE cited that the law infringes on fundamental freedoms and limits various rights as guaranteed by the constitution. It is the Association’s contention that 26 sections of the law threaten the freedom of opinion, freedom of expression, freedom of the media, freedom and security of the person, right to privacy, right to property and the right to a fair hearing.

The Association went ahead to note that the membership of the National Computer and Cybercrimes Co-ordination Committee established under Section 4 of the Act does not conform to the two-thirds gender rule as all the members will be all male.

In a statement, Lead Council for Article 19 affirms that “Laws criminalising false news are very problematic because they are so broad and overly vague in their wording, meaning that it is subject to abuse by the authorities. Our courts have severally found that criminal laws which do not state explicitly and definitely what conduct is punishable are void for vagueness.”

Eric Oduor, the Secretary General of the Kenya Union of Journalists, asserted that sections of this law are retrogressive and reintroduce criminal libel in our laws. This decision is welcome as criminal libel was expunged from our laws by courts by the courts. The law will also interfere with self-regulation, which is prerequisite of press freedom.”

The Computer Misuse and Cybercrimes Act, 2018 was signed into law by President Uhuru Kenyatta on May 16, 2018. It comes into force on Wednesday, May 30.

In the State of the Internet 2016 report done by BAKE annually, the association found that 60 bloggers had been arrested for exercising their freedom of expression online. During the same year, journalists and bloggers were silenced, intimidated, harassed and killed for their persistent exercise of their freedom of expression, freedom of the media and right of access to information. Social Media platforms had become effective platforms for online activism, online democracy and the fight for social justice as noted in the 2017 State of the Internet report.

BAKE was represented in the petition by lawyer Mercy Mutemi. Article 19 Eastern Africa and Kenya Union of Journalists (KUJ) are enjoined in the case.