The group of Students from 10 Kenyan universities who were feted at the CA Cyber Security hackathon for showcasing their problem solving skills in cybersecurity. [ Photo / H&K Strategies ]

Kenyans beware! There’s a new breed of hackers lurking at the universities. Students pursuing IT-related courses are proving more vicious than authorities imagine and they ain’t scared at sharing their skills.

So smart are they that the CommunicationsAuthority of Kenya (CA) on Friday, October 25th recognized 43 students from 10 universities for exceptional skills at the CyberSecurity Hackathon held at Safari Park Hotel in Nairobi.

The winners were selected in the ‘Capture the flag’ challenge, a cyber-security competition where participants solved computer security problems by hacking into or defending computer systems.

In digital forensics, the University of Nairobi was declared the best followed by Jomo Kenyatta University of Agriculture and Technology (JKUAT) in the second position. Another team from the UoN emerged third.

“As an Authority, we are happy that through this hackathon, we have adequately sparked conversations on cybersecurity and hopefully more and more Kenyans will be alert as they engage on their favorite platforms,” concluded Ms. Wanjau.

Kenyans are increasingly at risk of cybersecurity threats due to the high internet and smartphone penetration rates in the country.

The increase in cyber threat events detected is attributed to the global increase in malware including ransomware attacks during this period.

The hackathon was held on the sidelines of the 2019 National Cyber Security Conference that was geared towards enhancing skill sets in the provision of cyber solutions and problem-solving skills in the online space.

The Authority through the National KE-CIRT/CC is the body mandated to coordinate response and manage cybersecurity incidents in Kenya. 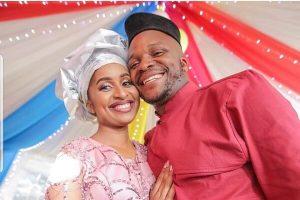