Waihiga Mwaura is not your ordinary journalist, he is a principled man. He attends evening bible study sessions without failure, he is very particular about facts and does thorough homework on his assignments.

As Hussein Mohamed moderated his last interview last Tuesday, plans to rope in his successor were already in motion, all factors considered, there are not many journalists who could have taken over News Night, making Waihiga a shoo-in for the role.

To understand Waihiga’s elevation to one of the most-watched political interview shows in the country, you have to understand how far the BBC Komla Dumor Award winner has come.

Rollback to May 2017, Waihiga was seeking a new challenge after being contented that he had achieved his goals as a sports journalist and wanted to venture into mainstream reporting.

At the time, he was based at the Citizen TV Digital desk and was learning more as he lined up himself for what he wanted to achieve.

He was hungry and learned everything possible that was there for the taking including modern video editing techniques.

It was not until Fred Indimuli (now at K24)  became unavailable to anchor a 1:00 pm bulletin that Waihiga got his first big break.

His transition to anchoring was almost seamless, in fact it added to his long list of editorial achievements.

Read: Journalists Sacked by K24 in the Last Five Years

But you cannot mention the name Waihiga Mwaura and fail to follow that up with his exploits as a sports journalist. He became a household name for his investigative pieces and features, some of which won him prestigious awards.

Poisoned Spikes, a documentary he produced in 2015 exposing doping in Kenyan athletics and The Maasai Cricket Warriors, a feature documenting how Maasai morans in Laikipia County developed an interest in cricket, a sport that has lesser fans than the more popular soccer and rugby in Kenya.

Earlier this year he won the BBC Komla Dumor Award. He is the first male recipient of the award and the first Kenyan to win it.

In July, Waihiga testified against former Ministry of Sports officials charged with the theft of Ksh55 million from public coffers during the now infamous 2016 Rio Olympics Scandal.

Waihiga who covered the Rio Olympics explained to Milimani Court Judge Elizabeth Osoro how the money was looted and how the corruption suspects listed him as a recipient of a Ksh100,000 stipend without his knowledge.

He also told the court how foreign nationals were listed as officials by the then National Olympic Committee of Kenya (NOCK) at the expense of genuine Kenyan officials.

“Having covered Kenyan athletics for a long time and followed Team Kenya’s progression from when they went to trials in Eldoret, to training to departure, those individuals had not come up,” Waihiga told Lady Justice Osoro.

Fast forward to now, Waihiga is set to replace one of the most polished anchors in Kenya’s history.

His rise has been slow but sure. From the 1 pm bulletin to the Day Break morning show to the Friday prime time news alongside Jacque Maribe to News Night.

Hussein Mohamed’s exit will be felt but Waihiga going by his standards is a sure bet to stamp his authority on the show. 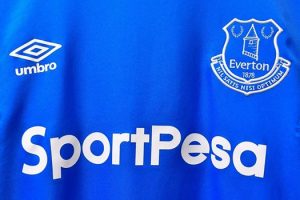