Tier II lender, Bank of Africa (BoA) has announced the appointment of Claver Serumaga as its Deputy Managing Director.

In a statement, BoA also announced the appointment of George Ouko Makori to the position of Chief Digital Officer as the board firms up its quest to become a tier-one lender in the next decade.

Mr. Serumaga recently served as the Bank of Africa Group Chief Digital Officer where he established and rolled out BOA Group’s Digital Transformation strategy across 14 countries in Africa.

Prior to that, Serumaga was the General Manager, Business Development at Bank of Africa Uganda.

Mr. Serumaga comes with over 15 years of Banking experience having held several senior executive roles in Business and Marketing. He is a Fellow of the Chartered Institute of Marketing – UK.

“Claver brings on board strategic expertise that is vital as we transform Bank of Africa Kenya into the preferred SME Bank, and in line with our mission to grow the economies we operate in” said Mr. Ronald Marambii, Managing Director Bank of Africa Kenya said in the statement.

Makori will oversee development of BOA’s digital transformation which comes at a time when the tech capabilities are key to enhance customer experience journey while bolstering safety and security.

He joins BOA Kenya from Postal Corporation of Kenya where he was the Chief Information Officer. He has also held positions in Mahindra Comviva, Safaricom and Zain. He is a member of the Cloud Advisory Board of Africa.

“George has vast experience in the tech space including developing mobile money infrastructure which comes at a time when customers demand for banking solutions that are on the go” said Mr. Marambii.

“On behalf of the Board, Management and staff of Bank of Africa, we are pleased to welcome Mr. Serumaga and Mr. Makori as we embark on our transformation journey to be the preferred SME Bank in the market,” added Mr. Marambii. 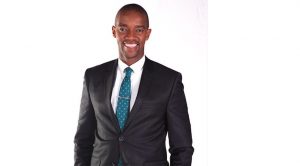