Voting is already open for the 2019 Kalasha awards but the nominees are not confident of getting the numbers they had anticipated.

This is mainly because of the change in the voting technique brought about by Startimes. The digital television company signed a partnership deal with Kenya Film Commission in October for the sake of Kalasha. The partnership will see winners in each category get a monetary reward for the first time in the history of the awards.

However, nominees are not confident of getting the numbers they need to win an award because of the change in the voting technique brought about by Startimes. In order to vote, one is required to download the Startimes app unlike the previous editions of the awards where voting was done with just a click of a link.

After downloading the app, you will be required to register an account before you can access the categories and submit the vote. Nominees started tabling their comments at their unveiling saying that people might opt out of voting when they realize that they have to download an app before they do so.

With her post on social media, actress Catherine Kamau expressed her displeasure at the 9th edition of Kalasha awards. Catherine is among the nominees for the best-supporting actress in a film following her performance in Plan B, the movie.

“Wait! So Kenyans MUST download this app to vote??? @kenyafilmcomm,” asked Ms Kamau.

According to the former Mother In Law actress, the move appears to rather be taking advantage of actors who would be acting as influencers for the StarTime ON App.

According to Kenya Film Classification CEO, Timothy Owase, the change will wide Kalasha’s reach and not reduce it like the nominees are suggesting.

“We have always had the challenge of accessing many people. We know mobile telephone penetration in the country is at about 90%. Because the country has prepared well to have Internet access, it will be easier for people to download the app then vote,” Mr Owase told a Business Today reporter during the unveiling of the nominees.

Startimes seems to be the biggest beneficiary in the partnership as it will record more downloads of the Startimes ON app.

Catherine Kamau might have a problem with being an influencer for Startimes but other nominees have other issues with the change. Nominees who are only trying to make it in the film industry will have a difficult time trying to lure their small section of fans to download the app.

In reply to Catherine Kamau’s tweet, Queen Gathoni said that the film Industry has never had the artists’ interest at hand.

“First of all, the film awards we have in this country have never been for the artist. We are basically sold to the highest bidder! It’s about who has the money and nothing else!” Gathoni tweeted in reply.

The nominees’ unveil ceremony marked the launch of the voting process which is now open setting the stage for the main award gala on Saturday 30th November 2019. The nominated films will be subjected to public voting which will constitute 30% while the nomination academy’s vote will constitute 70% of the total tally. 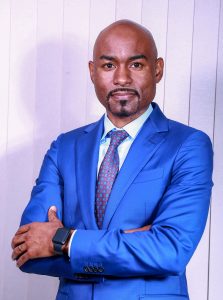