National Bank of Kenya (NBK) on Friday announced Ksh675 million in profit before tax and exceptional items for the period ending September 30, 2019, representing a 45% increase over a similar period in 2018.

The bank, which is now a subsidiary of KCB Group Plc following a successful acquisition has been in the doldrums for a long time now. Posting of profits is likely to instill investor confidence back into the troubled bank.

In a statement to shareholders, the bank’s Managing Director Paul Russo attributed the rise in profitability to growth in operating income during the period under review, adding that the future looks even more promising since it is now part of a bigger stronger family.

“With the improved capital base, our focus is now on integrating NBK into the group, while continuing to deliver innovative financial solutions that are attuned to the dynamic needs of our customers.

We are optimistic about the bank’s fortunes,” Mr. Russo added. Operating income for the period stood at Ksh 6.0 billion, a 7% increase from Ksh5.6 billion over the same period in the previous year.

This was on growth in interest earned from loans & advances and other earning assets, coupled with continuing diversification of funding base, which resulted in a reduction of interest expense by 8% year on year.

Operating expenses excluding loan provisions remained relatively flat at Ksh5.4billion Customer deposits, reduced to Ksh82 billion as at September 30, 2019 compared to Ksh93 billion over the same period in 2018, driven by reduced customer flows and tight liquidity in the market.

Net loans & advances declined by Ksh150 million to Ksh47.8 billion over the same period issued due to recoveries collections made on existing loans.

“The bank achieved this level of growth against the backdrop of a challenging environment, both externally and internally. Our main focus has been enhancing customer experience, preserving and optimizing value while effectively mitigating risks through proactive risk management,” Mr. Russo said.

The new management also sacked NBK’s previous board and appointed new faces on their stead. Among those sacked include Central Organisation of Trade Unions (COTU) Secretary General Francis Atwoli. 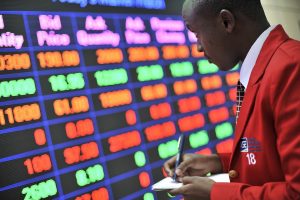