Trading At The Nairobi Securities Exchange. The banking sector stock continues to be a top hit with investors.

Investors continue to buy banks’ stock in bulk in anticipation that the law capping interest rates will be repealed as recommended by President Uhuru Kenyatta.

On Monday, the banking sector carried on with its strong performance on the floor of the Nairobi Securities Exchange (NSE) accounting for 66.97% of the Ksh624 million traded value.

Equity Group Holdings declined by 8.97% to Ksh49.65, down from Ksh50.75 registered the previous session with shares worth Ksh119 million transacted.

On the other hand, Safaricom was the day’s main single mover with 8.5 million shares valued at Ksh259 million changing hands at between Ksh29.80 and Ksh30.60; representing 27.82% of the day’s traded value.

On its day, the Safaricom stock beats all banks in terms of volumes moved and value but in the last two weeks, investors have leaned more towards the banking sector stock at the Kenyan stock exchange characterized by limited options hoping to reap heavy when banks start dishing out the expensive loans.

Uhuru demand
Two weeks ago, President Kenyatta returned the Finance Bill, 2019 to parliament recommending that MPs remove the rate cap provision stating that the law had had a negative impact on the economy.

The law passed in 2016 caps interest loans at 4 points above the Central Bank of Kenya (CBK) base lending rate, the consequence has been that banks have been lending out to low-risk business entities and shunning Small and Medium Enterprises (SMEs).

SMEs which are deemed to be high risk have been forced to borrow from Microfinance institutions at even higher rates.

Legislators across the political divide have been fierce backers of the Kiambu Town MP Jude Njomo sponsored law.

See also: How You Can Pay for a New iPhone in Installments

MPs are expected to debate the matter this week, the legislators need 233 out of the total 349 members to veto the president’s recommendations. 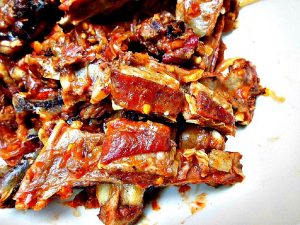 Kenya’s Meat Market Demands Dictating What Butcheries Offer
In July this year, an exposé by NTV revealed that…