In July this year, an exposé by NTV revealed that meat sold in local markets was laced with dangerous chemicals to make it look fresh for longer.

While the preservative use is not in itself a criminal offence, the amounts used raised eyebrows and concerns over what Kenyans were consuming.

The meat in the report was preserved with excessive amounts of sodium metabisulphite posing health risks to consumers.

This is according to the Meat End-Market Trends in Kenya study commissioned by the Kenya Markets Trust. From the report, a majority of Kenyan families consume meat only once a week.

The countrywide Meat End-Market Trends in Kenya study, shows that Kenya has a meat deficiency of 300,000 metric tonnes.

The study conducted between July and November 2018 indicates that the shortage makes it hard to satisfy the Kenyan meat demands, leading to the importation of meat from neighbouring countries.

The study further highlights that per capita consumption of all types of meat was highest amongst the high- and middle-income populations as compared to the low-income segments.

However, the total volume of meat consumed is highest amongst the low-income earners due to their numbers.

With regards to the type of meat consumed, there has been a significant change in the quantities of beef consumed in the market.

This is triggered by the ability to buy cheap portions and products such as omena and fish remains which can be stretched to feed more people than the smallest units of red meat.

“The decline in red meat consumption can generally be attributed to the association of red meat with the high incidences of lifestyle diseases.”

However, consumers are not getting full information on this association which is linked to post-slaughter handling of meat, proper use of the cold chain, consumption of meat immediately after slaughter, among others.

This is where unscrupulous dealers are adding preservatives to increase the shelf life of the meats.

The study further notes that meat buyers are keen on their health and often factor issues like drug residues, fear of lifestyle diseases, unhygienic handling of meat, meat from game animals, uninspected stolen animals and dead carcasses are major considerations on the type of meat they take home from the butcher.

It highlights that most of the decision making on the kind of meat to purchase is left to house managers and the female staff in the households.

There is also a great disconnect between the decision-makers, in this case, the household managers, on the quality of meat, where to buy and how much to spend and the actual buyers of the meat.

Butchers cited their preference for animals slaughtered from the Maasai ecosystem, ranches, Northern Tanzania, Uganda, and feedlots as these serve the needs of the middle-income segment and the nyama choma market.

Hospitals and academic institutions prefer lean animals which are largely sourced from all other pastoralist’s markets in the country.

There is limited awareness among the majority of consumers especially in the middle- and low-income segments on differentiated products like aged meat, ranch meat, pure grass-fed meat and special meat cuts hence consumers do not take these into consideration when purchasing meat.

The study cites an opportunity for nyama choma operators and fast-food restaurants to package roast meat for home delivery targeting high- and middle-income earners who are unable to go out for some reasons.

There is hence a knowledge gap regarding the benefits of cold chain beyond preservation.

“This necessitates consumer education to change these perceptions and enhance their level of understanding of meat quality,” notes the study. 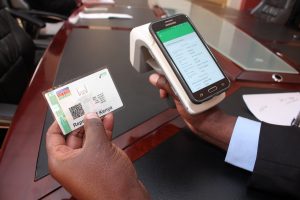