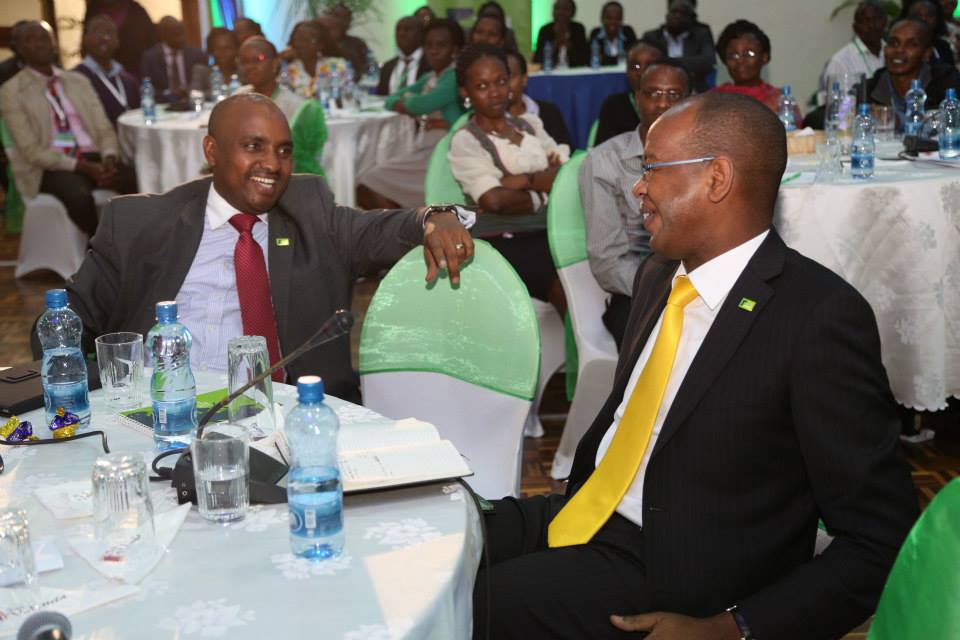 Kenya Commercial Bank (KCB) have made good on their declaration to get rid of the senior management of National Bank of Kenya (NBK) once the takeover of the lender is complete.

During an AGM earlier in the year, KCB CEO Joshua Oigara told shareholders who were concerned with the proposed takeover of NBK that the problem at the National Bank has always been at the top.

“The board has looked at the risk and what is the risk profile. The board does not intend to keep the management of NBK. The board has no intention of keeping the NBK board. There is no (such) intention,” said Oigara.

And now Oigara, the head of the takeover team, has appointed Paul Russo as the MD designate for NBK during the two year transitional period as the lender becomes integrated with KCB.

Russo’s appointment is subject to regulatory approval from the Central Bank of Kenya.

“KCB Group is set to take over control of National Bank of Kenya (NBK) this week after receiving regulatory approvals for acquisition,” the bank said in a statement.

Russo will lead the transition team that will report to Oigara.

Currently, NBK is led by Wilfred Musau who has been at the helm of the bank since 2016.

The new NBK MD designate, Russo, currently serves as the Regional Business Director for KCB, a position he was elevated to in January of this year.

Prior to this, Russo has been overseeing HR, joining KCB as a HR director five years ago, and having held similar positions at Barclays Bank and PricewaterhouseCoopers (PwC).

The Mang’u High School alumni, who has also worked in HR at K-Rep Bank and Kenya Breweries, holds an MBA in Strategic Management from Strathmore University, having earned an undergraduate degree from Moi University.

His appointment may point to a move by KCB to restructure the new NBK unit, especially in terms of new staffing. However, the lead up of the KCB-NBK takeover has rarely touched on the jobs of NBK staff in the eventual acquisition.

KCB Takeover of NBK to be Concluded

At the same time, KCB expects that its acquisition of NBK will be concluded soon following regulatory approvals from CBK, Competition Authority of Kenya (CAK) as well as CMA. Suspended Treasury Cabinet Secretary Henry Rotich had also previously voiced approval of the takeover.

KCB, had shown its intent to take over NBK and maintain it as a subsidiary for two years, after which both banks will be integrated. The acquisition was to be via share swap deal.

So far, KCB has received acceptances of over 262 million shares out of the more than 338 million NBK shares, amounting to 77.6%.

KCB has also waived its option to have NBK delisted from the Nairobi Securities Exchange (NSE). “At the appropriate time, KCB will seek the requisite corporate and regulatory approvals for the delisting of NBK,” the lender’s board said.

The move has not been without speed bumps, with a Parliamentary Committee saying the deal should not go through due to the fact that KCB had undervalued NBK. KCB has placed NBK’s worth at Ksh6 billion, whereas an independent advisor to the NBK board said the lender was valued at Ksh9 billion.

KCB’s negative performance was reflected in its subsidiary, National Bank of Kenya (NBK) which slid right back into loss making

NCBA CEO John Gachora says the bank’s analysis had shown that Kenyans who borrow below Ksh2,000 do not use it for unplanned expenditures