A KCB outlet. The bank has partnered with Japan’s biggest bank SMBC to expand their financial offerings provided to clients in both East Africa and Japan. [Photo/CALLA PR] [Photo/Business Today/File]

Kenya Commercial Bank (KCB) will waive the option to have National Bank of Kenya (NBK) delisted from the Nairobi bourse even as a takeover move by the lender enters its final stretch.

In a public announcement by KCB, the lender said that its decision to waive the delisting condition was due to the fact that the NBK Board did not present a resolution to shareholders to have it delisted from the Nairobi Securities Exchange (NSE) during the June AGM.

At the same time, KCB said that it would also not wait to acquire 100% of NBK shares and will proceed with the takeover.

So far, KCB has received acceptances of over 262 million shares out of the more than 338 million NBK shares. This amounts to 77.6% of NBK shares being accepted as part of the share swap deal in the takeover by KCB.

“… noting that the conditions relating to delisting and acceptances are legally capable of waiver, KCB has determined to waive the two conditions,” the public announcement signed by the KCB Board said.

The Joshua Oigara led bank added that it would seek delisting of NBK at a later date. “At the appropriate time, KCB will seek the requisite corporate and regulatory approvals for the delisting of NBK,” the lender’s board said.

KCB also announced that the takeover of NBK is approaching its conclusion, with the offer date set to close on August 30.

In a revised timetable of the calendar of events for the takeover, KCB listed that it expects the suspension of NBK shares at the NSE to be done on September 2.

A final announcement on the KCB takeover of NBK will be delivered on September 13, with the listing of the additional KCB shares — acquired from NBK — at the Nairobi bourse set for September 30.

NBK to Remain as Subsidiary in KCB Takeover

KCB intends to take over NBK and maintain it as a subsidiary which will continue operating NBK’s banking business alongside KCB Bank Kenya Limited, its wholly-owned subsidiary which is in the same line of business. This, according to a KCB offer document, will subsist for a period of two years, after which both banks will be integrated.

The takeover deal has largely received public backing from Treasury and Central Bank of Kenya. Questions however have been raised by a National Assembly Committee which queried why the takeover should continue considering that KCB has undervalued NBK in its assessment.

KCB considers NBK to be worth Ksh6 billion. However, NBK, in an independent advisor’s circular, states that it is worth Ksh9 billion. Despite this, the NBK Board still went ahead to encourage shareholders to approve the takeover. 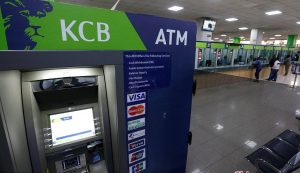