It has been over a month since betting giant SportPesa closed its shop in Kenya. Being one of the most popular betting sites during its times, punters have continuously lamented about their exit hoping that one-day SportPesa will be back.

SportPesa’s comeback is not completely ruled out as the company hinted at a comeback last week. The company reportedly revoked termination letters given to employees at the beginning of October.

Kenya was SportPesa’s biggest market as the company fed on Kenyans’ addiction to gambling and lust for money. Ever since debuting in 2014, SportPesa was always the face of the Sports betting industry in Kenya. Its competitor, Betin, came to shake up the industry later on but SportPesa maintained its giant status in the country.

After establishing itself in Kenya, SportPesa widened its scope by opening shops in Tanzania, South Africa, and the United Kingdom. The company continued running shops in these countries but the largest percentage of its profits came from the Kenyan market.

Kenya was a big earner for SportPesa

Having to quit the Kenyan market was a major blow for SportPesa as it meant less profit. SportPesa might be the biggest player in Tanzania but the Industry is not well established in the country. In South Africa and the UK, there are too many players in the market that SportPesa is almost insignificant.

In the span of 5 years, SportPesa grew rapidly to become a multi-billion shilling company without Kenya it could have taken much longer than that. The new tax laws meant that the company would not make as much as it originally was but it would still make more than it does in the other countries.

SportPesa might choose to reopen the Kenyan shop in abid to get back to making the millions it did from the Kenyan market. The company has a couple of sponsorship deals including one with English Premier League side Everton FC which need to stay afloat.

The face of Sports in Kenya

SportPesa’s exit was a big loss to the Kenyan punters but Sports in Kenya also suffered a great deal. Kenyan Football suffered a lot as it was highly dependent on SportPesa for funding. In fact, Kenyan football is still suffering from the hangover of having lost its biggest financier.

Kenyan Premier League clubs AFC Leopards and Gor Mahia have been suffering ever since SportPesa closed its shop in Kenya. The League itself has also suffered and has been rumoured to be at its worst in terms of funds.

SportPesa might return because no Kenyan company has stepped up to fill the void it left in the Sports Industry. KPL fans and clubs have been crying for the company to reopen its shop in the country and help the league run swiftly.

Ever since SportPesa left, the Sports industry has been crippled and stagnant. When the betting company was around, there was a promise for Sports growing in Kenya.

It is not just football that was dependant on SportPesa but the betting company also played a big part in reviving boxing in Kenya.

Betting companies struggling to take up the market.

SportPesa and Betin Kenya had taken up the industry establishing themselves as the preferred option for punters. None of the remaining companies have made their mark in the Industry.

The companies are coming up with a lot of outrageous offers trying to shake up the market but none has been successful. Most of these companies entered the market recently and did not find a conducive environment to grow their following.

The high taxes required by the government have not been allowing these companies to make good profits. When SportPesa entered the market in 2014, there was not much competition in the market and the taxes required were low.

This made the environment conducive for growth as SportPesa grew tremendously in the first years. If they were to make a comeback today, SportPesa will earn back the following it had created in Kenya. 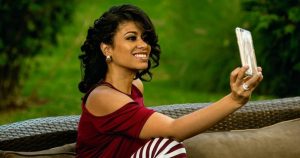 Julie Gichuru: “I Had no Home to go Back to”
Former Citizen TV anchor Julie Gichuru made a rare gesture…