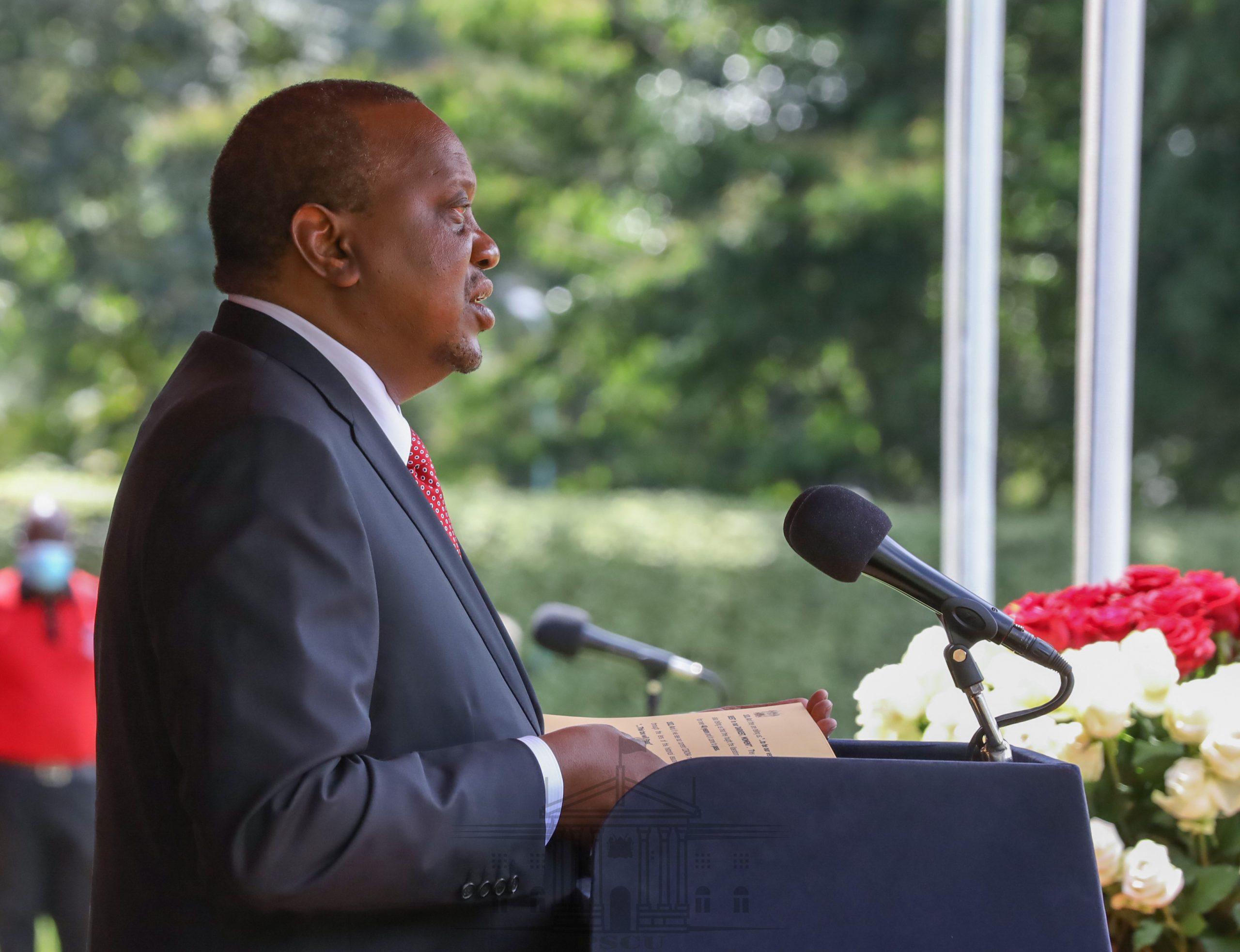 Uhuru spoke after a day-long meeting of the National and County Governments Coordinating Summit, where Governors called for a return to original containment measures.

He announced a raft of stringent measures meant to curb the spread of the virus.

Bars, restaurants and entertainment joints were directed to close by 9 pm. Establishments which fail to comply with the orders face closure, Uhuru disclosed.

All Cabinet Secretaries and Principal Secretaries were directed to scale down in-person engagement and adopt virtual means to undertake their duties.

All public officers aged above 58 years and those who are immunocompromised were directed to work remotely, with the exception of those in critical sectors.

He announced that schools would continue with learning and examination preparations under strict adherence to guidelines. All classes are to resume in-person learning in January 2021.

He further suspended all political rallies and gatherings for a period of 60 days. Those who wish to hold public meetings are to host socially-distanced town hall meetings.

“38 days later, it is most unfortunate that we have experienced a reversal, and a serious one at that,” he stated.

The President also observed that there had been a laxity in adhering to laid down protocols once it emerged that the curve was flattening.

He stated that it was necessary to make unpopular decisions for the good of the country. He warned that localised lockdowns would be implemented for areas which recorded infection surges.

He promised a greater focus on enforcement, with the Ministry of Interior directed to work closely with other agencies.

READ>>>>>Polycarp Igathe: How Entrepreneurs Can Thrive in Covid-19 Era