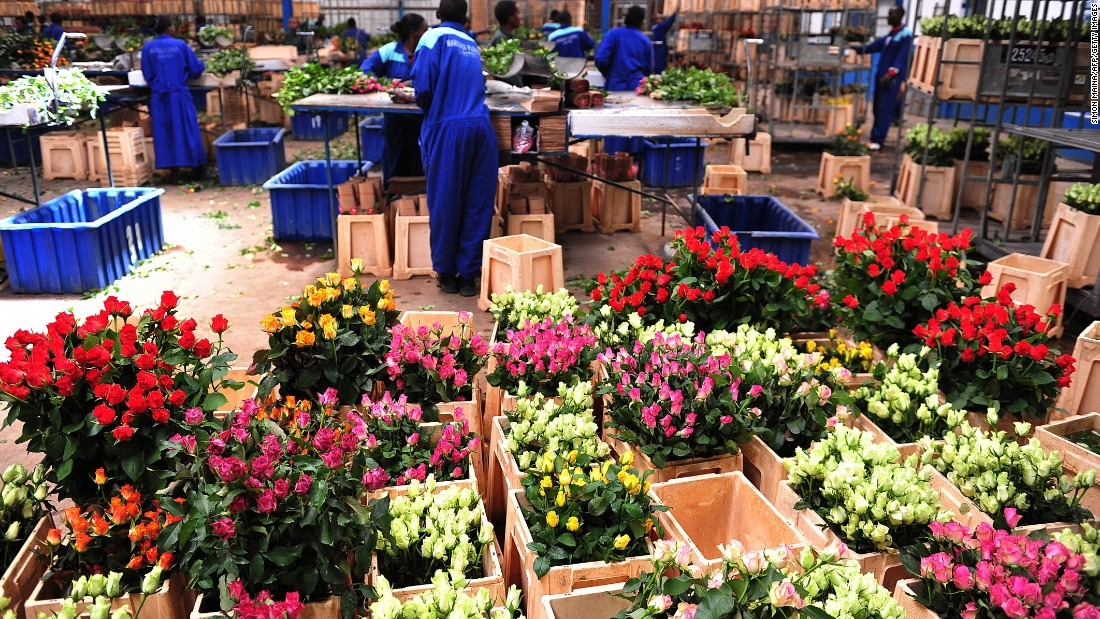 Flower staff working on packaging. The Kenya Flower Council has warned thousands of workers in the sector will be sacked due to lockdowns in export markets.

Thousands of farmworkers are on the verge of losing their jobs due to closure on sale of ‘non-essential’ items by supermarkets and florists during the lockdown in France, the Kenya Flower Council (KFC) has warned.

On Friday, France began its second lockdown in just seven months in a nationwide effort to curb the country’s renewed surge in Covid-19 cases. The lockdown is expected to last until at least December 1, and comes on the heels of a recent rise in French Covid-19 cases, which on Friday totaled almost 1.3 million since the start of the pandemic.

While the French are – similarly to the first lockdown – urged to stay as isolated in their homes as possible during this period, there are also differences.

Prime Minister Jean Castex announced on Sunday that supermarkets would be ordered to close sections that sell ‘non-essential’ items during lockdown. The PM ordered that clothes shops, florists, toy shops and jewellers which are deemed ‘non-essential’, will no longer be on sale in supermarkets from Tuesday this week.

The European Union is Kenya’s principal market in horticultural export produce with the UK, Netherlands, and France being the main markets while the UK and France are the primary markets for fresh produce from the country, according to the Horticultural Crops Directorate (HCD).

In terms of proportions, Kenya exports the larger volumes of its cut flowers to the Netherlands, then the United Kingdom, Germany, and France respectively.

Kenya’s exports of cut flowers and buds to France was €$6.36 million (Ksh897.9 million) in 2018, according to the United Nations COMTRADE database on international trade.

The flower export industry ranks among the top foreign exchange earners for Kenya and employs over 200,000 directly on the flower farms, while over 1 million people benefit indirectly from this industry.

The industry was adversely affected by the first lockdown in Europe between March and August.

According to KFC Chief Executive Clement Tulezi, demand for flowers dropped as flower shops around the globe shut.

Millions of stems were destroyed at the farm which resulted in a huge loss for the growers. Consequently, farms reduced salaries and manpower, used minimum spray and fertigation, and put some plants and varieties on rest for weeks till the demand picked up.

“As countries have in the last four months gradually lifted the lockdowns and eased restrictions, demand for cut-flowers has been picking up in most destinations. However, the ongoing second lockdown in Europe will definitely erode gains made by the sub-sector as set it back downhill,” said Mr. Tulezi in a statement.

“Traders have already reduced their orders and prices on the auction have dropped by 20%. The flower industry urges the Kenyan government to urgently engage the French government to lift these restrictions to safeguard jobs for thousands of workers who are likely to be the first casualties,” he pleaded.