In the eighties, his “sasa ni lunch time” hit ruled the airwaves as it was belted out by the then Voice of Kenya radio. Most continuity announcers in the then sole broadcasting station, later changed to Kenya Broadcasting Corporation, found this tune suitable for the audience, especially after the lunch time news and announcements.

Those who liked his music can attest that his compositions had educative messages and were commentaries of the day to day challenges that the ordinary citizen faced.

Gabriel Omollo aka Omollo Gabby as he was known in the music circles is no more. He passed on on Wednesday evening last week at the Busia Referral Hospital aged 79.

The lunch time song, he once told Kenya News Agency, was composed when he was working as a casual labourer at industrial area in Nairobi where most of the casual workers would be taking their lunches which composed Uji with Githeri (Porridge and a mixture of boiled maize and beans) on credit but at the end of the month they would instead visit nearby eateries for more sumptuous meals comprising nyama choma and ugali.

“During the mid-month after they exhausted the meagre income, they would retreat to Jevanjee gardens at lunch time eating “air bags” for lunch hoping that days would pass faster for the end month to be enjoyed again.

Apart from “Lunch Time”, his other great hits were Mr Agoya and Maro Oketho Ugunja, among many more.

With his death, Omollo joins a long list of late musicians who belted out benga and rhumba hits that ruled the airwaves from the sixties.

Before his death, the musician who hails from Nyabeda village in Ugunja, Siaya County had expressed a desire for the establishment of a music academy in the county to tap and nurture emerging talents.

In an interview he gave last year, Omollo said the academy would give the young, talented musicians an opportunity to benefit from the experience of their predecessors who ruled the dancing halls, airwaves as well as discotheques.

Unlike the current crop of musicians, he said, his generation had story lines with educative messages adding that most music churned by the current generation lacked moral values.”Most of the current music is vulgar. You cannot enjoy listening to them while sitting with your in law,” he said.

Like most musicians, Omollo was not happy with pirates who appeared to benefit more from the sweat of composers.

He said there was need for the government to enhance mechanisms of curbing wanton piracy that had relegated most musicians of his generation to abject poverty.

Born in 1939 to Nyaginus Aginga and Carol Osindo, the third born among 10 other siblings narrated to Kenya News Agency before his demise a rough path he endured during his tender age before eventually deciding to pursue music career.

LISTEN TO HIS CLASSIC BELOW

He grew up in Nairobi and schooled up to standard seven at St. Peters Clavers primary school in the city centre of Nairobi before his father retired from the Kenya Railways hence shuttering his dreams of furthering his education due to lack of school fees.

Gabby was forced back to his Nyabeda rural home in Ugunja constituency before falling in love with music where he joined locally based musicians where he played guitar.

Seeing his future in music brightening, he opted to move to Nairobi where, together with other colleagues namely, Amos Tago and Owuor formed Blue Shade band where their songs were recorded by Equator Sounds.

Apart from music, Gabby was a footballer playing for the defunct Luo Union B as a winger. He played alongside notable players like Ouma Chege and Kenyan coach Paul Siang’a.

According to the chairman of the Nyanza branch of the Music copy right society of Kenya, Tom Kodiyo, Omollo Gabby had been battling kidney and liver related complications for quite some time.

“He had initially been rushed to a health facility in Ugunja but was later referred to Busia county referral hospital where he passed on,” said Kodiyo.

Friends and relatives are meeting at his Nyabeda village home for burial arrangements.

READ: A strong music band of mum, dad and kids 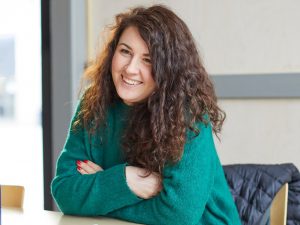