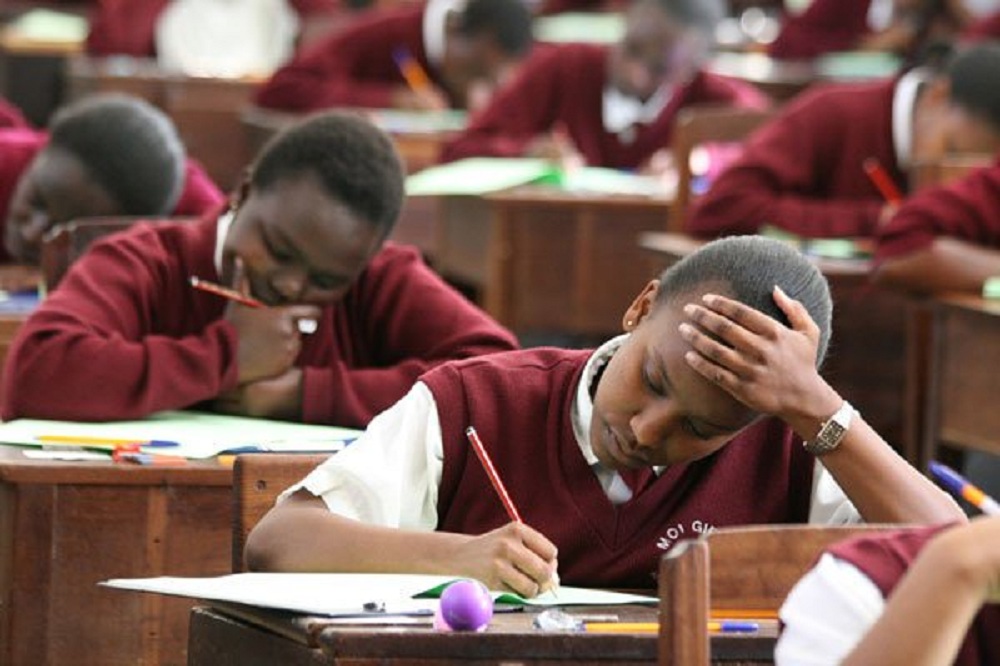 The youth clinic at Kenyatta National Hospital (KNH), the country’s largest referral health facility, was full of young adults busy on their cell phones as they chatted with friends.

Caroline Pulei was one of the parents accompanying her 15-year-old daughter to see a psychiatrist. It happened to be her daughter’s fifth mental review by the psychiatrist.

“Our journey to the clinic begun late last year, my daughter was initially diagnosed with anxiety disorder but the situation worsened in January when the schools re-opened after the long December holidays. I had to move her from a boarding to a day school as at some point she was put on s*****e watch,” Pulei told Xinhua.

According to Silas Kiriinya, a counseling psychologist, Pulei’s daughter is among a growing number of Kenyan teenagers sinking into d********n every passing day.

Out of every five of the teenagers he counsels, Kiriinya told Xinhua, one has a worst case of d********n.

“It is very sad that our children are getting depressed and the situation is worrying as these cases are on the rise,” he said.

Unlike a few years ago when such cases in Kenya were mostly prevalent among the a***t population, the cases have now shifted to teenagers.

Kiriinya cited academic performance as one of the greatest contributors to the rising numbers, a reason Pulei concurred with.

“There is too much pressure in our e*******n system and the expectations on these children is too high. Like in my daughter’s case, the psychiatrist linked her case to the pressure she was getting in school as she was in a national school where reputation and performance go hand in hand,” she added.

But even as much of the blame goes to academic pressure, Kiriinya says parents’ absence in their children’s lives especially in the formative stages can trigger d********n later in life.

“There are isolated cases of d**g and substance use which can induce d********n, but there are so many cases caused by the emptiness that crops up from the mere lack of parental connection while growing up. One of the things I encourage most of my clients to do is to spend more time with their children and be open-minded,” explained Kiriinya.

Majority of d********n cases in Kenyan children and the youth can be traced to school, where children are b*****d by their colleagues and punished by teachers.

Symptoms of d********n in children and the youth are irritation and anger, always misinterpreted as bad behaviour.

In any given week, a Kenyan teenager is put on s*****e watch. According to John Kirui, a science teacher at a school based in Kenya’s Capital Nairobi, the d********n and anxiety disorder cases among Kenyan teenagers is a ticking time b**b.

“I have dealt with more than 10 d********n cases in the last two years in our school, and these were the worst ones that called for immediate intervention. The situation is worrying as it is,” Kirui told Xinhua.

He further stated that denial by parents that their children need psychiatric help is also partly to blame for the rising s*****e cases.

“Parents aren’t always ready to face the reality. Not many receive the news that their children need mental check-up well, most of them go for other health interventions that don’t matter and by the time, they are agreeing to take the mental check-up route, the situation is almost getting out of hand,” explained Kirui.

Early this year, Kenya was ranked sixth with the highest number of d********n cases among African countries by a World Health Organisation report.

Nigeria was leading in depressive disorders cases, with more than 7 million people affected, followed by Ethiopia with four million, Democratic Republic of Congo was in the third position with 2.8 million cases.