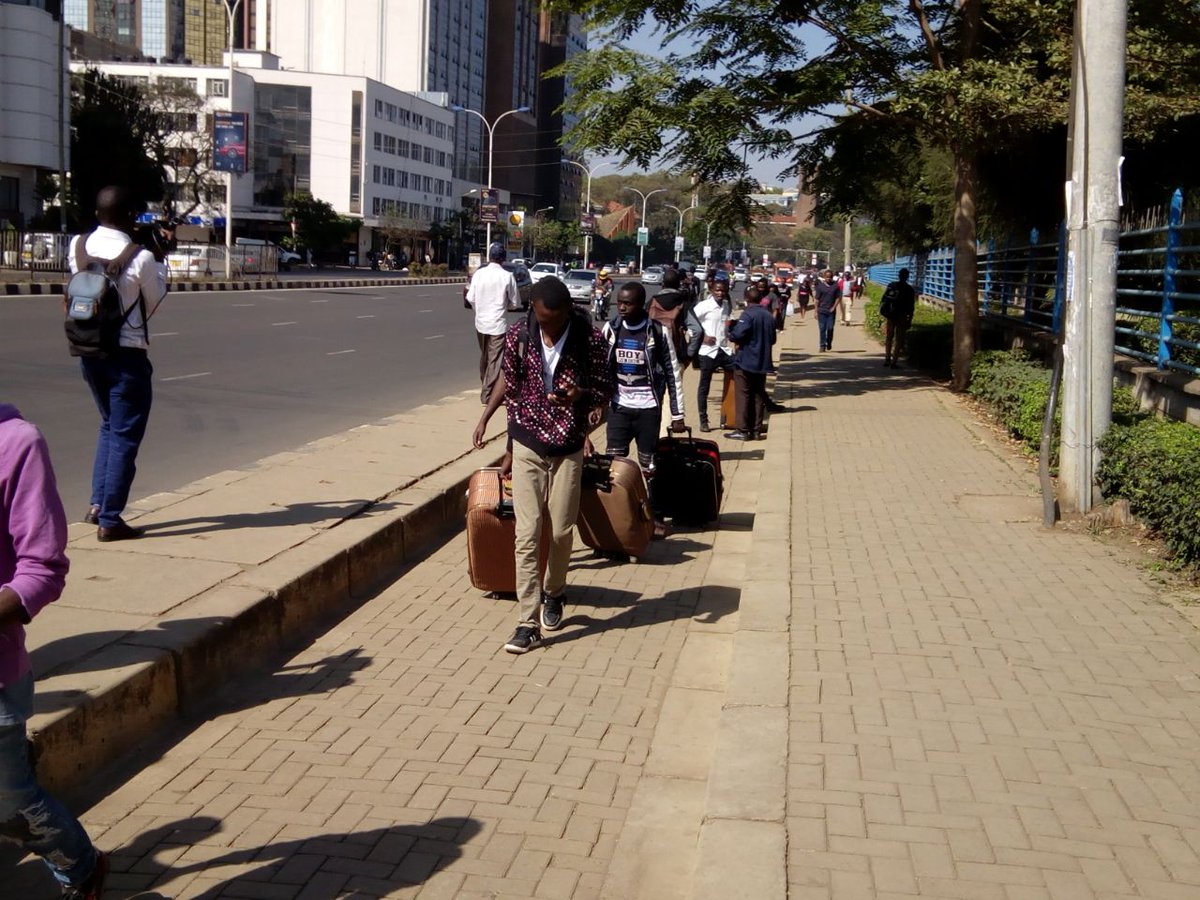 The University of Nairobi was Tuesday morning closed for an unspecified period of time by the school’s Senate. All students were asked to evacuate their residence by 9.00 am.

The move comes a day after the students protested against police brutality that left 27 of their colleagues injured. The students blocked parts of Mamlaka Road and State House Road overnight burnt down security offices saying that the officials had failed to stop the police invasion.

They blocked a fire engine from reaching the  area but were finally dispersed by the police who fired gunshots into the air.

SEE: Why many Kenyan students are getting depressed

The 27 students they were protesting over had been clobbered by the police who had invaded their halls and estates in an effort to stop an ongoing riot on Thursday last week.

In relation to the invasion of the police, another protest was reported along Lower Kabete Road whereby students closed down the roads in a bid to have Vice Chancellor Prof Peter Mbithi removed from the institution alleging that he had a hand in it.

Acting Interior Cabinet Secretary Dr Fred Matiang’i on Monday met with Mbithi, Inspector General of Police Joseph Boinnet and student union leaders to deliberate on the matter, which  has been placed under investigation.

The students had taken to the streets to protest the rearrest of Embakasi East MP Babu Owino, a former students union chairman.

Also in the meeting was Independent Policing Oversight Authority (IPOA) chairman Macharia Njeru. IPOA says it is seized of the matter, though it says prelimimary investigations have revealed that some of the videos and photos circulating on social media were doctored.

There is still tension at the institution with more protests planned for today. Anti-riot police were put on standby. In a communication to students, the university senate said it took the decision to shut down the university due to the deteriorating security situation.

Reports indicate that at least 34 students behind the protests have been expelled.