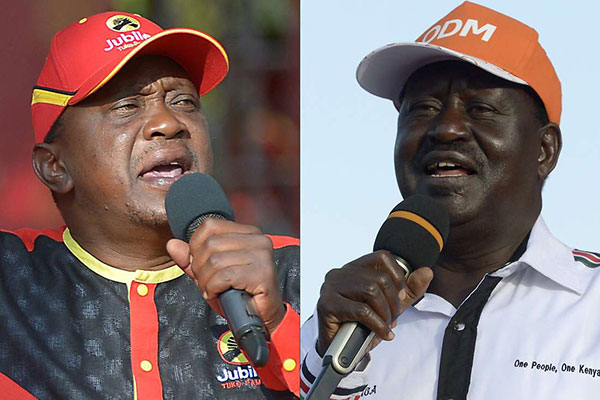 For local lovers of soccer, and East Africa as a whole, the month of September ended on a shocker. After two years of anticipation, the Confederation of African Football (CAF) dropped the bombshell. Kenya will not host the Africa Nations Championships (CHAN) 2018, after all. The unfortunate news must also have reverberated globally across the sporting world.

It was not totally unexpected though. According to CAF’s statement, Kenya’s general unpreparedness for the tournament, coupled with the current precarious political climate caused by an ugly electoral standoff, resulted in this unfortunate decision by the premier continent’s soccer governing body.

Kenya is fast garnering negative publicity arising from the September 1, 2017 Supreme Court decision that ruled the country must go back to the presidential polls in 60 days. By a majority, the judges quashed President Uhuru Kenyatta’s re-election for a second term, citing certain electoral irregularities and technicalities by the Independent Electoral and Boundaries Commission.

CAF’s devastating news comes in the wake of a gradual dwindling of Kenya’s economic fortunes since the country went into elections campaign mode earlier this year. Although the Central Bank of Kenya has reassured us that the economic fundamentals are still strong to support sustained economic growth, the political undercurrents are threatening to tear this assertion asunder.

Ultimately, what is the import of all these, one may ask? It is about Brand Kenya. Now, think about leading consumer brands in the world like CocaCola, Microsoft, Samsung, Nike, Google, Apple, McDonald’s et al. The common denominator among them is that they do everything possible to protect their image in order to maintain pole position in the market. That is why they dedicate millions of dollars annually in advertising and marketing.

But the latter is not sufficient for a brand to sustain global market leadership. Consumers, partners and other stakeholders are always keenly watching the ‘behavior’ of the brand. For instance, a whiff of scandal usually leads to jitters in the stock market, while consumer watchdogs warn of class action to protect consumer rights. That is why no amount of public relations by Kenyan sporting authorities and other leaders could whitewash the fact that our preparedness for CHAN 2018 was mediocre, to say the least!

Imagine Kenya as an international brand, which we are. First, we are well known and feared internationally for our athletic prowess. By default, Kenyan athletes usually win most long distance athletic international meets, both at an individual and national level. Secondly, Kenya is one of the most popular tourist destinations in Africa. Our weather, wildlife and beaches are a veritable attraction for those seeking where to spend their money in leisure.

Quite often, you come across a foreigner describing Kenyans as warm and friendly. We know of expatriates who have worked in Kenya and found an excuse to stay on. The general good-naturedness of Kenyans is a strong attribute of Brand Kenya and the contents of her ‘soul’. Another aspect that identifies Kenyans is the citizens work ethic and industriousness, both at home and overseas. Our human capital and resource is renowned globally for its high value delivery. That is why various Kenyan professionals are in demand, with individual Kenyans excelling in many fields.

However, let me reiterate that for top brands, perception about their products or services is as crucial as reality. You cannot blow hold and cold at the same time, and expect people to have total confidence in your brand. Therefore, no matter how hard we work at marketing Kenya, our actions as a country must bear the hallmarks of decisive and united action towards meeting our national goals.

Currently, heightened political tension is the notion trending about Kenya. The world is viewing Kenya as a potentially dangerous country for one to visit or do business with. The direction which we are heading does not inspire confidence in those who would like to invest their fortunes on our soil.

Kenya’s brand equity is critical for both present and future investments. Even as we squabble internally, let us not let water from our dirty linen washing machines to flow into the international arena. We should take a cue from countries like Egypt and Israel who continue to receive millions of tourists every year amidst the perennial dread of terrorist attacks.