Wazito FC is now on its way back to Kenya’s top flight, the SportPesa Premier League.

The football team formed by a group of University of Nairobi (UoN) alumni and that is now owned by Dubai based billionaire Ricardo Badoer, overcame the disappointment of relegation from the Premier League in 2018 to bounce right back up.

More celebratory days like that at Camp Toyoyo on Sunday could be in the offing, with the team having received significant financial injection over recent months from Swedish football fan and businessman, Badoer.

Already, Badoer has secured the club a Ksh12 million state of the art Mercedes Benz bus, with the businessman who also owns Sumac Microfinance Bank and Business Today Media also promising to build the team its own stadium.

The Dubai based businessman has also promised a mega celebration party for the club, tweeting that it could be held around July 13 with some of Kenya’s biggest artists set to perform.

Sources close to Wazito FC have also indicated that Badoer is set to reward the players further in a big way and that a financial incentive could be on the plate.

The players will get to keep these yellow, home, jerseys we played with today as their souvenirs. #WazitoFC #wazito4life pic.twitter.com/rovEF8s4iX

On the final day, a hat-trick from Waithira, a brace from Asembekah and a goal each from Paul Acquah and Derrick Onyango gave the team a seven goal lead.

St. Joseph Youth got a consolation via a corner in the 88th minute, too late to deny Wazito FC captain Dennis Gicheru lifting the cup amid a splash of golden coloured confetti.

Wazito FC will be joined by Kisumu All-Stars in the SPL, after the Nyanza based team also won big on Sunday to finish second and secure the other automatic qualification spot for rising to Kenya’s top tier. 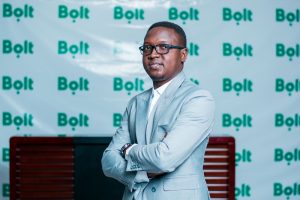