The Bank of Tanzania has suspended the Kenya Currency Collection Account in the wake of the introduction of new banknotes by the Central Bank of Kenya to check illegal inflows and counterfeits.

In a notice to all banks and financial institutions in the country, Bank of Tanzania said that it had been notified by CBK that it had suspended conversion and repatriation of all Kenyan currency into the country following the introduction of the new banknotes with effect from May 31.

“Given the gravity of illicit flows concerns raised by CBK, you are required to subject all flows from and into the Republic of Kenya to enhanced due diligence,” it adds.

The move by Tanzania’s apex bank follows a similar move by its Ugandan counterpart, which has also frozen exchange of Kenyan bank notes.

CBK Governor Dr Patrick Njoroge on June 1 unveiled new generation banknotes and announced that the Ksh 1,000 old generation note will be demonetised from October 1 to check corruption and counterfeiting.

At a follow-up press conference, he said CBK was working with sister banks in the region to curb laundering of Kenyan money into other countries.

‘’We are going to work closely with every stakeholder in the financial sector including our sister Central Banks in the region to ensure a smooth transaction and fight against illicit financial flows,’’ Dr Njoroge said.

Here is the notice issued by Bank of Tanzania: 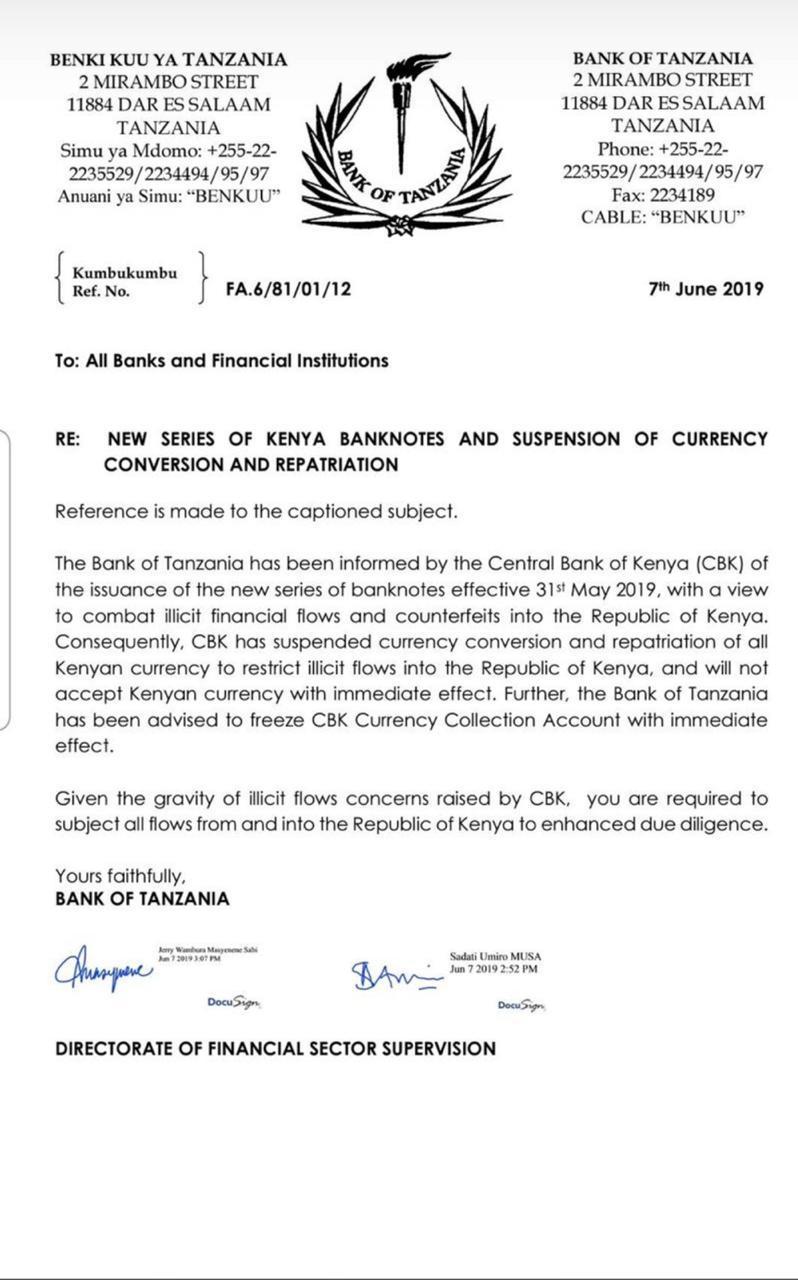