The continent’s most celebrated teacher Peter Tabichi with Pope Francis at the Vatican. This was during a special ceremony attended by around 20 people on Tuesday. [Photo/Vatican]

The continent’s most celebrated teacher Peter Tabichi has met Pope Francis at the Vatican in a special ceremony attended by around 20 people.

Tabichi, the Kenyan science teacher who won the Varkey Foundation Global Teacher Prize 2019, met His Holiness on Tuesday following a Holy Mass in the Chapel of St. Martha at the Pope’s official residence.

The Franciscan Brother who gives away 80% of his salary to help the poor in his community held a brief conversation about the importance of the teaching profession following the service.

Pope Francis shook Peter’s hand and then gave him a rosary.

“It was a tremendous honour to meet His Holiness Pope Francis at the Vatican. As a Franciscan Brother teaching in a remote school in rural Kenya, it was such an inspiration to me, and one that will spur me to go on doing everything I can to help turn around the lives of the poorest students and families in my community,” said Tabichi.

Since Tabichi was announced winner of the Global Teacher Prize in March last year, he has been honoured to open the US Congress with the Prayer of Saint Francis on a visit to Washington; speak at the UN after being appointed as the first “Champion for Children in Conflicts and Crisis” for Education Cannot Wait, the global fund for education in crisis; and greeted by Kenya’s President Uhuru Kenyatta.

Kenyatta called him an inspiration to society.

Tabichi is a teacher at Keriko Mixed Day Secondary School in Pwani Village, situated in a remote, semi-arid part of Kenya’s Rift Valley.

Here, students from a host of diverse cultures and religions learn in poorly equipped classrooms. Their lives can be tough in a region where drought and famine are frequent.

95 per cent of pupils hail from poor families, almost a third are orphans or have only one parent, and many go without food at home.

Turning lives around in a school with a student-teacher ratio of 58:1, is no easy task, not least when to reach the school. Students must walk for 7 km along roads that become impassable in the rainy seasons.

He mentored his students through the Kenya Science and Engineering Fair 2018 – where students showcased a device they had invented to allow the blind and deaf people to measure objects.

His students, who had never stepped on a plane before, went on to win the UN Sustainable Development Goal Award at the Intel International Science and Engineering Fair (ISEF) in Phoenix, Arizona this year.

Despite teaching in a school with only one desktop computer and an intermittent internet connection, Tabichi uses ICT in 80% of his lessons to engage students, visiting internet cafes and caching online content to be used offline in class.

The world-renowned teacher was also among the 10 most influential Kenyans in Africa.

This story originally appeared on the Money Series Africa here. 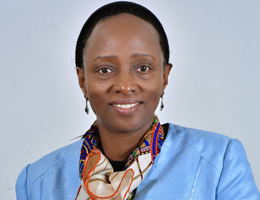