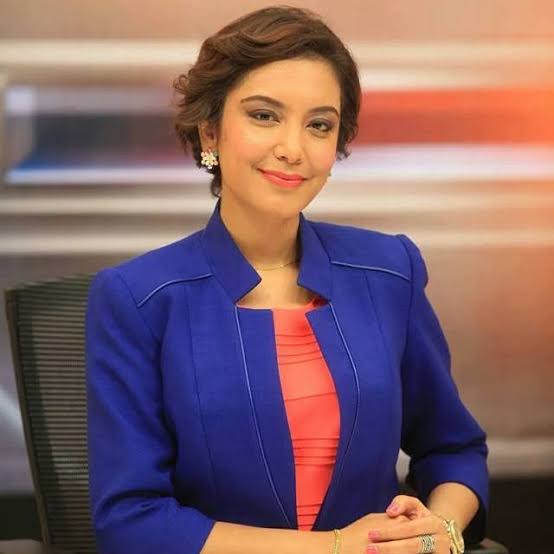 Anjlee Gadhvi passed on Friday 10th, 2020 after battling cancer for a while. Photo/ K24

The anchor passed on Friday 10th, 2020 while undergoing treatment at the Aga Khan Hospital.

She has had a long battle with the killer disease and has been updating everyone on her progress. Our sincere condolences to everyone at K24 and her friends and family.

Despite going through a lot of treatment in hospitals, Anjlee has been keeping up with the World and very active on social media.

She was diagnosed with liver cancer in 2013 and pursued several treatment options that eventually turned out to be too expensive for her and her family. Two years later, she went public about her ordeal, appealing to well-wishers to help her raise funds.

She was able to raise over Ksh.6million within hours, local media reported. She came back to social to happily announce that she had beaten the disease and was completely healed.

In August last year, Ghadvi was admitted to a hospital in India. The journalist shared an update on the kind of treatment she underwent in India on her Twitter account.

“I had an intense CyberKnife treatment early February this year. The area treated was large, hence the recovery period took time. The body and disease have responded to this form of treatment and I had to finish what was left. Praying done and over!” she shared on her socials.

She was receiving treatment at the Aga Khan hospital when she passed on. Anjlee leaves behind a husband and two children.

The Group Head of TV Digital at Mediamax Peter Opondo has led all of Anjlee’s former colleagues in mourning her untimely demise.

“Oh, my friend Anjlee Gadhvi. You fought that cancer beast with all your might. You did it for your kids, husband. Never lost hope. You always smiled through the pain & insisted on coming to work even at your weakest points. We believed you were winning…until now! RIP my friend,” said Opondo.

In the video below, Gadhvi chronicles the journey she has had to go on in her fight against cancer.

Read >> KEBS Wants Kenyans To Do Their Job For Them