ZEP-RE CEO Hope Murera. The re-insurer's credit score has been given a stable outlook by GCR

GCR Ratings (GCR) has upgraded the national scale claims-paying ability rating assigned to ZEP-RE (PTA Reinsurance Company) to AAA(KE) up from AA+(KE), with the outlook accorded as Stable.

In a statement, GCR Ratings noted that ZEP-RE’s new rating was a function of the reinsurer’s exposure to comparatively riskier markets, counterbalanced by support through preferential treatment and healthy membership strength and diversity.

“The reinsurer’s mandate is fairly strong, given its position as an established reinsurer within the Common Market for Eastern and Southern Africa (“COMESA”) region, noting the potential for improvement in status and diversity. Furthermore, GCR views the financial profile to be sound, supported by solid capitalization and strong liquidity, somewhat offsetting inherent earnings pressures,” GCR said in a statement.

“The Stable Outlook reflects expectations that the reinsurer will maintain very strong capitalization, strong liquidity and intermediate earnings. Furthermore, we also expect that the reinsurer will continue to gradually build its status in target markets over the medium term, while the business profile is not expected to change materially over the outlook horizon.”

GCR noted that the operating environment assessment was partially diluted by the reinsurer’s geographical exposure to relatively riskier sovereigns in line with its mandate, and earning volatility.

“This notwithstanding, ZEP-RE’s credit profile derived uplift from a fairly diversified membership base, coupled with continued preferential treatment in the form of mandatory cessions and tax exemptions. More positively, the reinsurer’s retrocession protection is viewed to somewhat mitigate a degree of earnings volatility,” GCR said.

Speaking on the new ratings ZEP-RE Chief Executive Officer Hope Murera said the rating upgrade reflects the firm’s commitment to drive greater insurance penetration across Africa, as mandated by its foundation by Common Market for Eastern and Southern Africa (COMESA).

“We are extremely proud to have received this rating upgrade and of the signal it sends to our stakeholders across the continent. It is fitting to receive this rating upgrade just a few days after celebrating not only the 25th anniversary of COMESA but also the official opening of our business park in Lusaka, Zambia, which is our biggest infrastructure investment as a company outside of our Nairobi headquarters,” Ms Murera said.

ZEP-RE Chief Risk Officer Deniese Imoukhuede said, “the AAA rating is the highest rating that can be achieved on the national rating scale and hence demonstrates the hard work we have put in to secure this milestone.” 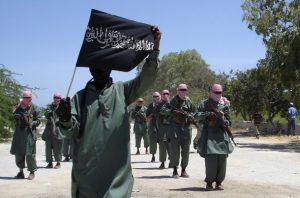 Al-Shabaab Kill Three Teachers in Garissa
Monday's attack claimed the lives of three tutors, all of…