A pondering retiree. A new report has shown that retirees end up losing their pension by starting businesses or living large {Photo: Courtesy}

Retirees who inject their pension into first-time businesses more often than not end up losing their lifelong savings, new research by pension fund Zamara shows.

The Zamara Pension Performance Watch 2019 states that most of the retirees end up losing their pension income within a very short time despite starting the businesses confident that they will reap from the investment.

Robert Njoroge the Finance Manager at Zamara in a column in the report advises retirees who have never started a business in their life not do so when they bow out.

Njoroge also observes that most retirees tend to adjust their lifestyle when they receive lumpsum amounts of money by spending more than they can actually afford in the long run.

“It is not different when it comes to retirement savings. If unchecked heavy spending, especially in the early stage of retirement, can ruin the entire retirement benefit,” he says “Many retirees have fallen to this trap and ended up with big cars and other extravagant things at the expense of a sustainable regular income,”

Read: Pension Funds Can be Invested in infrastructure

He also observes that it is possible that a pensioner can run out of funds long after retirement and advises the retirees to adopt a smart retirement plan.

Njoroge recommends purchase of an annuity. An annuity is a long term investment plan offered by an insurance company designed to protect a retiree from the risk of outliving their retirement savings.

“In purchasing an annuity you convert your lumpsum pension payment into a stream of income during the entire sunset days. Annuity guarantees the retiree income as long as you live and in case of death, the balance of the guaranteed instalments is payable to spouse or next of kin,” 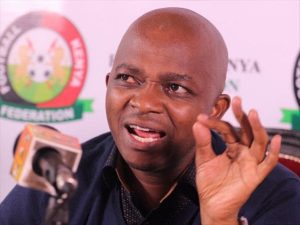 Why Does FKF Still Borrow From Govt While Receiving Millions From FIFA?
The Federation of Kenyan Football (FKF) has been complaining of…