The plane crashed just before taking off at the Wilson Airport. [Photo/Courtesy]

A Mombasa bound Silverstone Airplane has crashed at Wilson Airport just as it was about to take off.

Luckily there were no casualties as the plane had not taken into the air. A passenger who was aboard the plane said the pilot realized some issues without giving details.

The plane had 50 passengers on board, two of which were injured during the crash. The casualties were rushed to Nairobi Hospital for medical attention. All the other passengers were safely evacuated from the plane. There were no fatalities reported.

Kenya Airports Authority (KAA) and managers of Wilson Airport are yet to issue a statement in regards to the issue.

The owners of the plane, Silverstone Air, have released a statement confirming the safety of the passengers and the crew.

This near tragedy comes less than two weeks after the Likoni Ferry tragedy where a lady and her daughter drowned. The bodies are yet to be retrieved from the Indian Ocean.

[Read: The Only Woman Who Defied Moi] 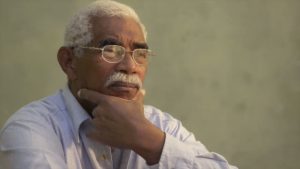