Federation of Kenyan Football (FKF) president Nick Mwendwa. Despite saying that there is no money for some events, FKF receives Sh 50 million yearly to organise up to 90 matches. [Photo/Kahawatungu]

The Federation of Kenyan Football (FKF) has been complaining of financial hard times while directing the blame to the national government and the Ministry of Sports.

Whenever the federation has had problems with financing the national team, the alleged reason is that the government has not released funds or that the funds received are not enough.

Even though the government has not been supporting the federation as much as it oughts to be, FKF can do just fine without the government’s help.

The government is not the only source of money for the federation as they receive money on an annual basis from the World’s football governing body, FIFA.

FKF receives Sh 50 million yearly to organise men, women, and youth competitions involving at least 10 clubs for up to 90 matches.

In addition to that, the federation further receives Sh 200 million every four years to fund agreed objectives in relation to football infrastructures such as pitches, technical centres, training grounds and even stadiums.

One can only imagine the level of football infrastructure Kenya could be possessing with FIFA’s money and the government’s stadia promises.

Despite these different sources of money to improve the football infrastructure in the country, Kenya only has one Fifa standard stadium. Stadiums construction has been stalled since 2013 with no one explaining what the Sports fund was meant for.

The Federation has developed a habit of requesting for funds from the government to facilitate national assignments.

FKF was put on the spot recently after it was revealed that Sh 135 million was inappropriately used to purchase an Outside Broadcasting (OB) Van. The federation received this money in 2016 and the original idea was channelling the funds towards constructing hostels and training grounds that will house, feed and provide training avenues for the national football team players while in camp on international duty.

This would save the federation millions of shillings that are otherwise spent on accommodation and leasing training grounds for the same purpose annually. However, the federation chose to buy an OB van as DStv’s supersport had pulled out of broadcasting KPL matches.

The federation acquired the van but in a strange, ununderstandable twist of events, it was repossessed by Supersport which had sold it. Earlier this year, FKF Communications officer who is the current acting chief executive Barry Otieno assured that the van would return to Kenya at the end of February. That has not happened yet.

In addition, the van’s insurance license has expired, and it will cost the federation Sh4 million more to have it renewed before it can be operational.

Experts say that the van, a six-plus-two camera type, is outdated and cannot sufficiently carry out the tasks prescribed by FKF. Actually, it had been ditched by SuperSport because it contained outdated technology.

The FKF continues to spend money in these things while the national teams are complaining about motivation and unpaid allowances. The government also oughts to chip in but the federation can still manage with FIFA’s funding. 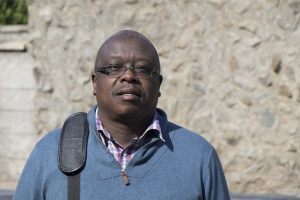