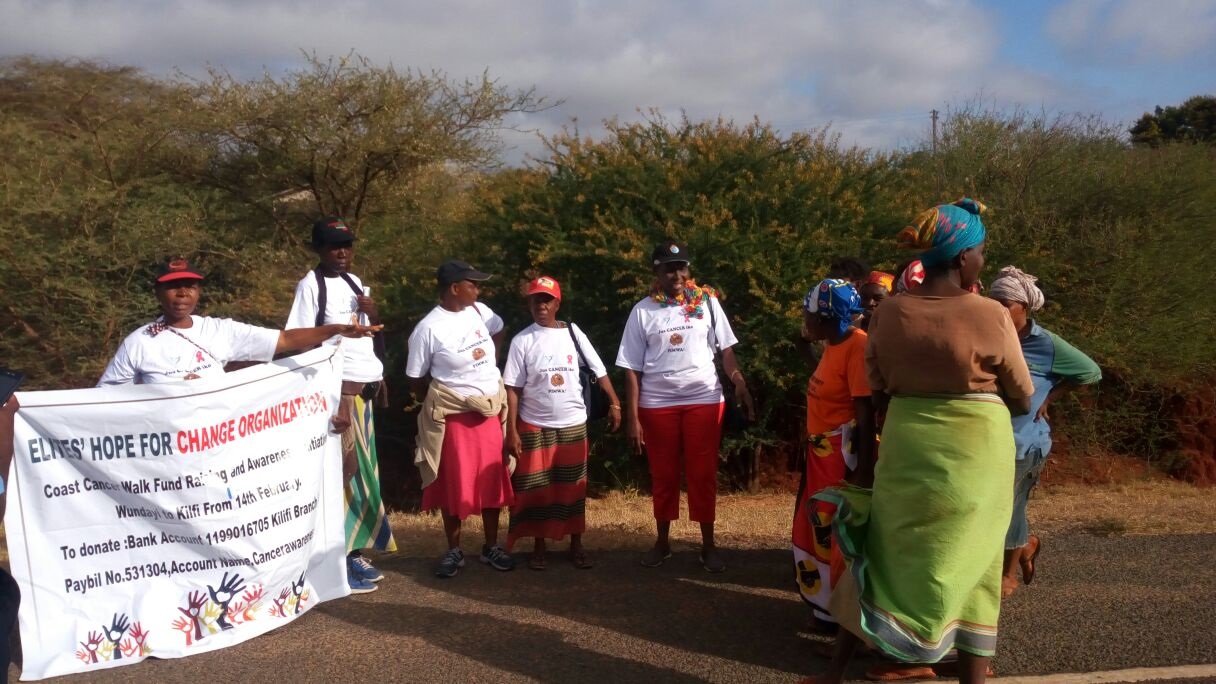 [dropcap]I[/dropcap]n February 2013, Florence Oyugi’s cousin in Kibarani, Kilifi County, developed slight headache, stomachache and nausea. His family thought it was a mild bout of Malaria. Attempts to self-medicate failed. When the symptoms became severe, the cousin became convinced he was bewitched.

Encouraged by his neighbours, he sought the services of a witchdoctor who administered a concoction that didn’t work. He visited several other witchdoctors but the promised cure remained elusive.

By the time he went for a proper check-up at Coast General Hospital in 2015, his health had deteriorated severely. Some tests were done and he was diagnosed with malignant esophageal c****r. He d**d a year later in October 2016. “Had he gone to seek medical help from a proper hospital in 2013, his c****r would have been managed,” said Ms. Oyugi, a far-away look in her eyes.

Such cases of c****r patients seeking help from witchdoctors in the Coast region have been cited as a major impediment to f******g the scourge.

Ms Florence Saumu, the coordinator of Elites Hope for Change, a c****r-awareness lobby group, said the bulk of c****r-patients from poor families are turning to witchdoctors for cure. She notes that professional diagnosis by doctors in hospitals is sought as a last resort after witchdoctors’ have failed.

Ms Saumu pointed out that high levels of poverty, ignorance and belief in witchcraft drive c****r patients in the region to avoid hospitals where proper treatment is offered. To tackle c****r cases in the six counties in Coast region, Elites Hope for Change has started a campaign to create awareness on c****r and urge locals to go for early testing.

Hope for Change is an advocacy Community Based Organization (CBO) whose members have been affected by c****r. Two of the members are c****r survivors, two others had close family members d*e from the d*****e and one is a trained n***e on c****r management.

The group recently met communities in their villages during 234 km c****r-awareness walk from Wundanyi town in Taita-Taveta County to Kilifi town. She said that after her mother was diagnosed with c****r, she was forced to leave her job with the Kenya Medical Research Institute (Kemri) to look after her full-time.

The high cost of c****r treatment forced her to sell their home and assets but the mother d**d after two years. “I went into d********n and attempted s*****e twice. Mother was gone and I was millions of shillings in debt,” she recalls.

She said she had vowed to educate other women in the Coast region about c****r to avoid what she went through. She noted that the mortality rate associated with c****r in coast was very high.

In a survey done by the group in 2016 on 77 c****r patients during another walk from Lungalunga to Hola over half of the patients d**d within the two years. The group’s finding was supported by Ms Lilian Munyesi, a palliative care specialist at the c****r unit in Kilifi Hospital who said half of her patients had d**d between 2012 and 2016.

Ms Munyesi said the biggest challenge was late diagnosis of the d*****e due to the cost associated with its treatment. She noted that poor families sought cheaper alternatives for c****r which never worked.

This ultimately led to the d***h of the patient.

“C****r is regarded as a rich man’s d*****e because only they can afford the expenses of treatment and management. Poor people would rather go to herbalist and witchdoctors,” she noted.

The community organisation aims to convince the six county governments in the coast region to adopt a singular c****r management strategy that will be geared towards providing affordable treatment and management for poor patients.  Part of the strategy would be to open up a state-of-the-art c****r center at Coast General Hospital for use by poor patients.

The counties will also jointly conduct a c****r survey to collect data on c****r cases in the region. Ms Munyesi pointed out that currently, there was no county that had set aside money for c****r treatment in its budget. She said c****r and related issues were budgeted for under reproductive health that largely targeted women.

This meant that men with other forms of c****r except prostate were not covered in the budget. “C****r needs its own separate budget. The cases are very many but they don’t come to our attention,” she said. The most common forms of c****r in the Coast region include breast, prostate, cervix and esophageal.

Ms. Faith Ngomeni, a member of the CBO and a survivor of cervix c****r, said early diagnosis saved her life. She noted that most women were unwilling to go for tests and dismissed signs that might indicate presence of c****r cells.

She stated that part of the group’s aim was to mobilize women to go for testing at the earliest opportunity possible. “We are telling them never to ignore any sign. A lump, a swelling in their breast-they should get professional help,” she said.

NEXT: Journalist who defied c****r to keep her voice on air