Mumias Sugar is facing the possibility of being liquidated if the receiver-manager fails to bring it back to life. [ Photo / Metropoltv ]

The Nairobi Securities Exchange has extended the suspension imposed on trading in the shares of two listed companies. The NSE, without giving reasons, said the suspension of trading in Mumias Sugar and Deacons (East Africa) shares would remain in force indefinitely, an indication that the two are yet to sort their financial woes.

More time in the cold

KCB Group placed Mumias Sugar under administration on Tuesday 24th September after the sugar miller failed to service the loans amounting to Ksh12.5 billion. The suspension was to take three (3) months and but has now been extended twice, further locking up investments in the stock estimated at Ksh413 million based on the current price of Ksh0.27.

Before Mumias Sugar shares suspension, the price had dropped about 98% since 2010 when its market capitalisation touched highs of Ksh20 billion. The company is facing the possibility of being liquidated if the receiver-manager fails to bring it back to life.

It issued a similar advisory for Deacons East Africa, which was placed in administration following the appointment of Joint Administrators by the Board of Deacons (EA) Plc to run its business in accordance with the Insolvency Act of 2015 on November 19, 2018.

The Deacons share was first suspended from the Nairobi bourse for 40 days on November 19th, 2018 after it went into administration. The firm’s joint administrators Peter Kahi and Atul Shah of PKF Consulting on January 22nd 2019 reached a deal with shareholders and creditors to allow them more time to identify a strategic or a financial investor to recapitalize the heavily indebted clothes vendor. The company has yet to find an investor.

Shareholders and creditors could have salvaged only about Ksh63 million had the firm been liquated in November 2018. The firm fell into financial crisis after losing key franchises like Woolworths and Mr Price amid piling debts. The fashion retailer had loans of Ksh351.6 million maturing in 2018 but could not service them due to cashflow challenges.

Deacons creditors include NIC Bank, which was owed Ksh524.8 million as of December 2017 while loans from UBA Kenya Bank stood at Ksh98.3 million.

NEXT >> Jeff Koinage to be Auctioned Over Unpaid Loans 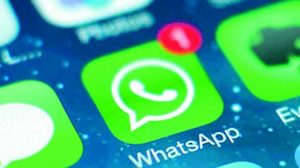