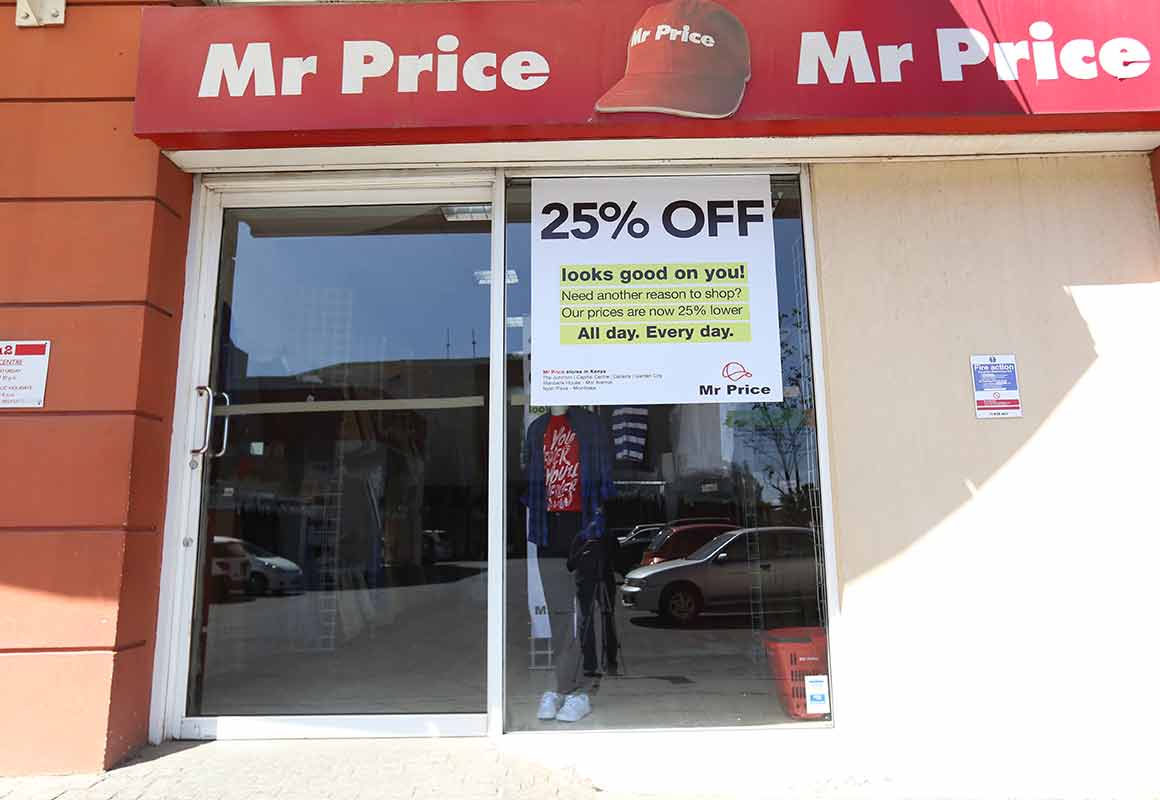 Deacons East Africa, which runs Mr Price body wear franchise in Kenya, will transfer the business to a new company from April, which will mark the conclusion of the sale negotiation that began in October.

A notice sent by Deacons to the NSE today indicates that the franchise will be taken over by Mr Price (MRP) Kenya Ltd on 1st April this year subject to the fulfillment of certain undisclosed conditions surrounding the transaction. MRP Kenya Ltd is owned by MR Price Group based in Durban, South Africa.

The business has been transferred without any debts or liabilities, which means Deacons will shoulder all the company’s liabilities up to 30th January. “The transferee is not assuming nor is it intended to assume any liabilities incurred by the transferor in the business up to the date of the transfer,” says Coulson Harney, the advocate acting for Deacons East Africa, in the notice.

The transaction has been on the table since October last year. Mr Price Kenya Ltd will from April operate all the 11 Mr Price retail outlets in Kenya. Deacons EA has been selling Mr Price products under a franchise deal. Reports that the two fashion companies could part ways emerged as early as 2013 when Deacons indicated Mr Price was seeking to go it alone in the Kenyan market.

Deacons operates other fashion brands in the country including Truworths, Identity, 4U2, Angelo, Adidas, Life Fitness and baby shop.

The high-end fashion retailer which runs similar businesses in Rwanda, Tanzania, Uganda and Mauritius has been going through lean times. Last year it issued a profit warning, indicating that its earnings would drop by at least 25% for the full year to December. The firm’s CEO Muchiri Wahome blamed this on the credit crunch due to the rate cap and closure of Nakumatt spaces which previously were driving traffic to its shops in shopping malls where they have outlets.

“Apart from that, the expected drop in profits was also brought about by the presidential elections in Kenya which resulted in decreased consumer demand and spending,” Mr Muchiri said.

Two years ago, Deacons sold its Woolworth franchise in Kenya to another South African fashion retailer Woolworths Holdings in a deal similar to Mr Price’s. Mr Price has been serving the lower end of the Deacons’ market. Since the Woolworth brand was sold, it has been the flagship brand at Deacons. It has also been contributing more than half of Deacon’s earnings.