Internet users in Kenya have a growing appetite for pornographic content and gambling, according to website traffic sources and ranking site, Similarweb.com.

The world’s top four pornography websites rank higher among Kenyan audiences than their global averages and those of the United States. This implies that traffic to the sites is on an average high in Kenya compared to most countries in the world.

> Religious TV station air pornography – and guess who it blames?

Even at a time when e-commerce has become an emerging global trend, Jumia and OLX rankings have dropped a place each to the 13th and 23rd place respectively despite massive online digital influencer campaigns. This, however, does not point to a possibility that many Kenyan users are not seeking to shop online, but shows more have moved elsewhere from the shops.

Nation and Standard media news sites rank 14th and 15th respectively while The Star despite its sensational political coverage is at a distant 25th on SimilarWeb ranking’s traffic analysis.

The 50 most read sites comprise of at least 20% sports and gambling channels followed by majority adult content sites, handful social networks as Twitter and Facebook with a few Kenyans going for art and entertainment platforms where they are able to watch or download movies, music are related content.

Experts, however, warn that this is leading more and more youth into bankruptcy and suicidal tendencies.

Addiction to pornography is also increasingly becoming a vice especially among the youth as parents have little control over their children’s gadgets or are too busy with daily hustles to monitor, guide and counsel them, often leaving the critical tasks to teachers and domestic servants. 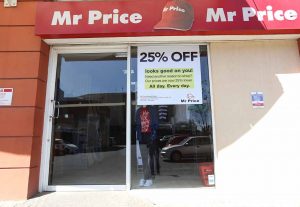