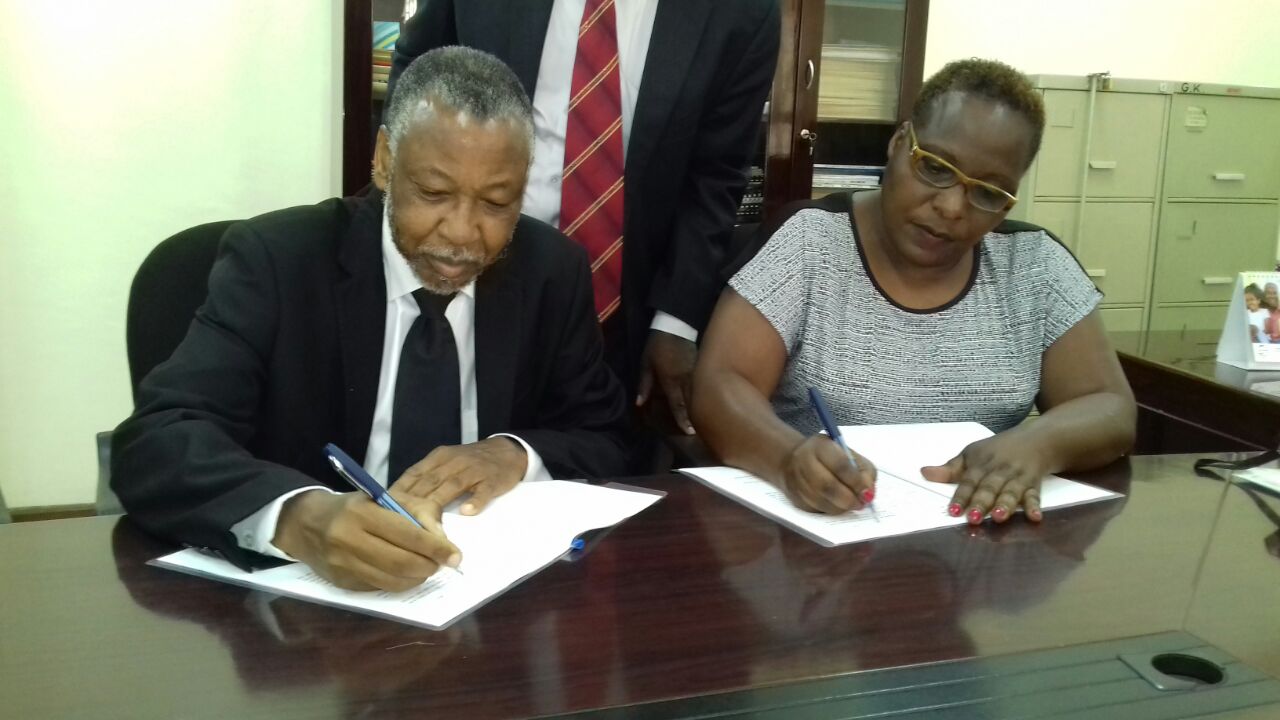 In the MoU, KITI will provide training to at least 5,800 students in the art of liquid organic fertilizer production as well as implementing the training programme with HyaQuip offering technical training skills and knowledge.

Speaking during the signing of the MoU, KITI director Peris Adema said that the 14 day training will involve equipping the trainees with skills on how to manufacture liquid organic fertilizer as well as facilitating them in creating cottage industries to produce the organic fertilizer through cooperative societies.

“KITI will provide training facilities to the students as well as implementing the training programme while HyaQuip will step in with the technology part of the training,” said Ms Adema

HyaQuip intends to open at least 500 organic fertilizer manufacturing cottage industries across the country in the next five years.

‘’After training them we will work with them through cooperative societies so that we may facilitate them in setting up cottage industries to manufacture liquid organic fertilizer using water hyacinth,” said Mwaura.

> Where a kilo of hyacinth sells at Sh225

> Kisumu set to get a water hyacinth factory

According to Mwaura, a five-litre can of organic liquid fertilizer made from water hyacinth costs kshs 1000 and can be enough for use on a 6.5 acre piece of farm something he said will lower the cost of production for farmers.

Mwaura noted that the setting up of the organic fertilizer producing industries will have huge socio economic impacts on the society around the lakes because it will create jobs for many people.

Kenyan fresh water lakes are chocking with effects of rapid growth and spread of water hyacinth which has hugely affected fishing activities with the government seemingly unable to control the spread of the w**d.

Among the lakes affected with the d****y w**d are Lakes Naivasha, Victoria and Baringo. According the United Nations at least 30% of all fresh water lakes in the world are covered with water hyacinth.