An Islamic TV station is in trouble for airing pornography instead of its regular religious programming on Monday. The pornographic material ran during a popular programme, Tarixu Juma for about 15 minutes.

Viewers tuning into Touba TV on Monday afternoon got a shock when hardcore pornography was aired from 1:10 p.m. to 1:30 p.m. Touba TV yesterday called the broadcasting blunder a “criminal act” and said the formal complaint will make it possible to identify the “authors who have an unknown agenda.”

The broadcaster said its viewers were offended, and it condemned the attempt as a “satanic move” to sabotage the values it advocates. The privately-run station usually broadcasts religious programs advocating Islamic values and teachings, including sermons and prayers.

The TV station had initially said that a troublesome “network bug” had led to the blunder, but that would raise the question why a religious TV station would stock pornographic programmes.

Touba TV is run by Senegal’s influential Mouride Islamic sect. The channel has filed a complaint with the authorities to identify the culprits.

“As a religious channel, the management of Touba TV and all our audience members are outraged and unreservedly condemn this criminal act which seems to be sabotage and a satanic trick designed to undermine a channel which is known to stand for Islamic values and teachings,” Touba TV management said in a statement.

The channel broadcasts religious programmes promoting Islamic values and teachings. It is not clear how the perpetrators accessed the station’s network. Touba is the holy city of the Mouride sect, which wields considerable political and economic power in Senegal.

Do you think the TV management should blame satanic trick or network bug? Scroll down to share your comments. 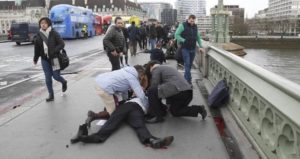