Security officers recently raided a house on Kabarnet Road in Nairobi and arrested over 30 girls suspected of being involved in prostitution at a four-bedroom maisonette being operated by a popular Nairobi businessman.

Turns out the house served as a brothel for high-end businessmen, politicians and other VIPs who would visit the joint for sensual pleasures under the guise of going for massage services, reports the Standard.

Pornographic materials featuring Kenyan girls were confiscated, proof of pornography filming. In Kileleshwa as well as down town River Road, illegal sex and pornography making has been going on for years. Some time back, police at the Coast arrested a Swiss national, Christoph Clement, and a woman with DVD recordings in which 11 girls were involved. 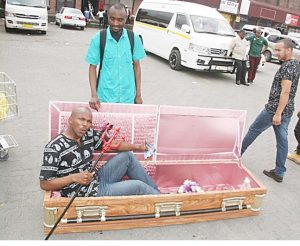