NHIF has been spending more on administrative costs at 17% which way more than in other countries where the average is 4.7%. NHIF’s spending is at par with critical spending on surgeries, renal dialysis, maternity services and cancer treatment. [Photo/ Bizna Kenya]

The National Hospital Insurance Fund (NHIF) is on its deathbed as corruption and bloated spending away from the primary function threaten to bring the national scheme to an abrupt end.

As demand for services increases, the national insurer has been forced back to the drawing board and has come up with resolutions which are against the common mwananchi when it comes to accessing healthcare services.

NHIF has been skirting around the biggest problem to its existence, which is corruption, leading to distrust and substandard services to contributors who have surpassed the 7 million mark.

In its Strategic Plan 2018-2022, NHIF says that it plans to increase the number of principal members (contributors) from the current 7 million to 19 million by 2022. The entity is also planning to enhance revenue inflow and utilization, compliance with good governance and synergies in information and resource sharing with stakeholders and partners.

But even with such an idea, the achievement of quality coverage for the members remains a pipedream since other expenditures take the lion’s share of the contributions.

In the 2017/18 performance report, NHIF was spending more on administrative issues than it did on surgeries (major and minor), renal dialysis, maternity services and cancer treatment combined. Interestingly, these are some of the most in-demand services that members need the insurer to cover.

For the surgeries, renal dialysis, maternity services and cancer treatment, NHIF spent KSh8,285,802,739 in comparison to the KSh8,313,109,576 spent on what the body lumps up as “Administration and Other Operating Costs”.

In January, President Uhuru Kenyatta called for the halting of a raft of new rules proposed by the NHIF board which makes it harder for new members to get service since they have to wait longer. In addition, they have to a lump sum of the whole year in advance which makes it an impossibility for the majority of Kenyans who are in the informal sector.

The directive from the president stopped NHIF from implementing the new rules which were to take effect from January 1, 2020.

Kenyatta noted that by halting the implementation, the move would pave way for further consultations following public outcry.

However, NHIF is adamant on implementing the regulations. The insurer says that increasing contributions is the only way to ensure that it continues with its mandate.

Gobbling up Billions in Administrative Expenditure

In a statement on February 17, the NHIF board said that it was addressing the issues that have been gobbling up billions under the administrative expenditure including advertising and publicity, bank charges and commissions and travel and accommodation.

The budget for the three items has been revised downwards to Ksh100 million from Ksh753 million for advertising, form Sh315 million to KSh45 million for bank charges and commissions while travel and accommodation almost remained the same, having just seen a reduction of KSh22 million from KSh312 million. The figures were reviewed from the 2017/18 financial year and are expected to be implemented in the 2019/2020 FY.

This means that the administrative expenditure remains almost at par with the key expenditures on surgeries, renal dialysis, maternity services and cancer treatment.

Despite the stay that the president ordered, NHIF is adamant on bulldozing the changes which in the long run will be against the Universal Health Care (UHC) targets in Kenya.

In other countries, the average spending on administrative costs is averaged at 4.7% which makes NHIF’s reduction an exercise in futility.

The Health Financing Reforms Expert Panel report notes that it is possible to achieve much lower numbers on administrative costs.

Roba Duba, the NHIF vice-chairman said that Kenyans should be ready for reforms. 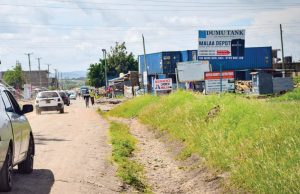