National Transport and Safety Authority (NTSA) bosses are breathing fire. The protracted battle between the regulator and SWVL is far from over.

NTSA now wants the company’s CEO and co-founder Mostafa Kandil prosecuted and the company to shut down operations in Nairobi.

So hellbent is the regulator in its quest that it has written to Director of Public Prosecutions (DPP) Noordin Haji and Inspector General of Police Hillary Mutyambai raising concerns over the Egyptian company’s modus oparendi.

According to the authority, the bus hailing app company has been operating illegally and working around regulations in the capital. NTSA is sustaining the argument that SWVL is yet to acquire a license from the authority and the Nairobi County Government.

“Traditionally an operator is licensed to operate at a particular route but SWVL wants to operate in a manner that they can go anywhere,” said NTSA licensing manager Jackson Mutua told journalists on Tuesday.

NTSA’s problem with SWVL is that the hailing company has been operating a tour service license but benefitting commercially from public commuter routes which require a different permit altogether.

For a long time now, NTSA has been resorting to arresting SWVL drivers and impounding the company’s vehicles as the dispute rumbles on.

The regulator wants SWVL to fully comply with the law before being allowed to operate without harassment.

Nairobi County too wants the company to follow procedure and to stop using shortcuts to run its business.

“The problem with SWVL wants to operate everywhere ignoring that the PSVs in Nairobi operate along routes that have been licensed. Once they get licensed they will have to follow the existing routes,” said County Roads and Transport Chief Officer Engineer Fredrick Karanja

In October 2019, the bus hailing company had its operations grounded temporarily for contravening the terms of the Tour Service License (TSL). 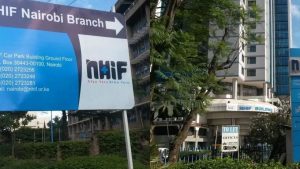